The leaders of Ireland’s rival Fianna Fail and Fine Gael parties will meet on Tuesday to sign off on a broad agreement struck by their negotiating teams aimed at attracting enough additional support to form a new government.

The centre-right parties, who have alternated in power throughout the nation’s history but have never formed a coalition together, need the support of at least one smaller party or eight independent lawmakers to reach a majority.

Varadkar’s caretaker government has imposed a series of restrictions to slow the spread of the coronavirus but no new legislation can be passed until a new government is formed and selects the remaining members of the upper house of parliament.

The paper agreed on Monday is split into 10 different areas, the most detailed being on the need for a national economic recovery plan to overcome the current coronavirus lockdown of the country, a source familiar with its contents told Reuters. 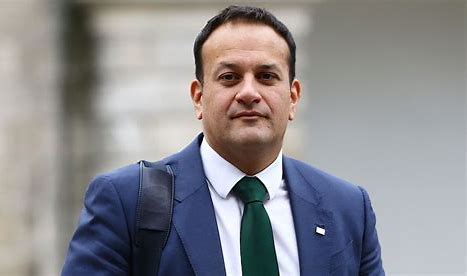 It also commits to a continued prioritisation of spending on infrastructure and more state involvement in house building, both of which will require sustained borrowing, said the source, who spoke anonymously as the paper has not been published.

Once the framework document is approved by each party’s wider group of lawmakers - likely a formality if the leaders give it the okay - it will be the basis of negotiations to form a majority government.

Both parties steadfastly refuse to govern with the left-wing, pro-Irish unity Sinn Fein party, which surged to 37 seats in the Feb. 8 election, the same number held by Fianna Fail and two more than Fine Gael’s 35 in the fractured 160-seat chamber.

That leaves the Green Party, which has 12 seats, and the centre-left Labour and Social Democrat parties, with six seats each, as the only viable partners. All three have so far shown little enthusiasm, although one of the Social Democrat’s co-leaders said on Sunday it was open to looking at the document.

The document should be “quite inviting” to all three parties, the source familiar with its contests said.

“We need them to step up,” Acting Health Minister Simon Harris of Fine Gael told a news conference on Monday.

“This is a time for stable government in Ireland to get on with massive challenges. We need other political parties to join us.”