RTE is the most overpaid civil service in Irish history, yet they endlessly complain of a lack of funding. Ever thought about cutting salaries?

The financial future of RTÉ is under “immediate threat”, according to a department briefing note given to the new Green Party Minister for Media, Tourism and Sport Catherine Martin.

The document also warns that RTÉ’s assets are “fully stretched” in terms of collateral against loans and “its capacity to borrow more is therefore limited.”

Ms Martin was also warned that TV licence subscription compliance was at an “unacceptable level” and that sports cannot be economically run “on the basis of the indoors and outdoors limits on mass gatherings” set out by the Government.

In relation to the future of broadcast media, the briefing note set out by department officials outlines significant changes in the sector in the past decade. “The change in how people access audio visual media, away from traditional TV consumption and towards content streaming services and social media have significantly impacted the ability of traditional broadcasters to maintain audiences and sustain advertising revenues.”

It says that according to a 2019 report, 52 per cent of those aged over 65 use TV for their main news source, with 18 per cent being from radio.

“This in turn has had a significant impact on the ability of Irish broadcasters to create specifically Irish content that reflects our individual culture, art, music and sport,” the document says.

“It also has the potential to have a major impact on the coverage of Irish news and current affairs, especially important in light of recent developments such as online disinformation. As such, it is now more than ever imperative that trusted and reliable sources of information are publically available so as to protect the integrity of our democracy.” 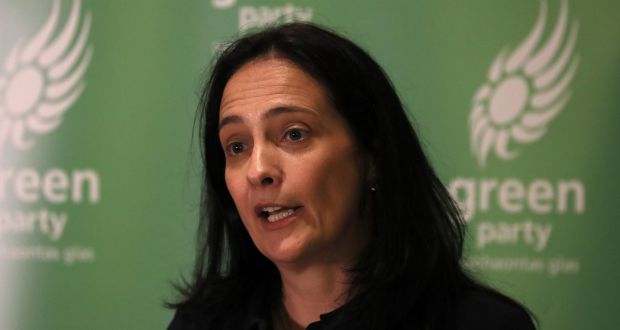 The document says that these trends, coupled with challenges around TV licensing fee collection, are “having a critical impact on RTÉ’s revenues and have resulted in a position where the financial sustainably of the organisation is now under immediate threat.”

Despite cuts at RTÉ, personnel-related operating costs increased by €20 million from €163 million to €183 million over the past five years. “The total number of employees at year end 2018 was 1,822 which is 165 lower than in 2016. The reduction occurred in late 2017 and during 2018 as staff left under the voluntary exit programme launched in 2017.

“The target reduction under this scheme was between 200 and 300 staff. However, the take-up was below expectations, at 160 staff.”

It further says RTÉ has a “borrowing limit of €100m under the Broadcasting Act 2009. Total borrowings are €95m as of October 2019 so this, coupled with its challenging underlying financial position, means their ability to raise additional funding is restricted. Even if this statutory limit was raised, RTÉ’s assets are fully stretched in terms of collateral against loans and its capacity to borrow more is therefore limited,” the briefing says.

Officials told the Minister that in the medium term, RTÉ has considered the sale of a further nine acres of the Donnybrook campus “but has no plans to relocate entirely from Donnybrook.”

“If the sale went ahead, most of the sale proceeds would be reinvested in new capital facilities on the site.”

In relation to the TV licence fee, since their lowest point in 2012 “TV licence sales have gradually improved year on year with direct sales in 2019 of 1,025,534 licences.”

However, the briefing document found that the system is “not without its challenges with the current evasion rate estimated be 12.83 per cent.”

“While this rate has fallen from 15.25 per cent at the end of 2014, it is still at an unacceptable level considering its UK counterpart has an evasion rate of 7 per cent.

“Evasion equates to a loss of up to €33.7m per annum to public service broadcasting in Ireland. In addition to evasion, the number of households required to have a licence under current legislation is declining due to a departure from traditional viewing habits, with recent TAM (television audience measurement) estimates suggesting that approximately 10 per cent of homes do not have a traditional TV.”

The Minister has also been warned by officials that sport cannot be economically run “on the basis of the indoors and outdoors limits on mass gatherings” set down by the Government roadmap which stipulates a limit of 50 people indoors and 100 outdoors.

“Mass gatherings at sports events remains a significant issue to be addressed for sport to recover commercially.”

The document also warns that international and domestic tourism has been “decimated” by the Covid-19 crisis and that even with a significant uptick in domestic tourism, it won’t be enough to counteract the fall in travel from other countries.

“Fáilte Ireland research shows that domestic consumers’ levels of intent for both long break and short break in Ireland in 2020 is down 20 per cent versus the same time last year.”

“Assuming a worst case scenario of no international tourists coming into Ireland for the remainder of 2020 in addition to a decline of 20 per cent in domestic tourism – this could lead to an overall loss to the economy of €2.3bn with a potential impact on approximately 200,000 jobs”, the briefing says.

It adds that domestic tourism is likely to be a “much bigger share of the overall tourism market for a number of years as Irish people may be more likely to holiday at home.

“Hence, maximising the domestic opportunity over the next few years is crucial if we are to rebuild the sector and grow jobs throughout the country.

“All of the above does not take away from the importance of overseas tourists. Even if the domestic market could grow by 50 per cent, it would still not be enough to sustain the industry’s current operational capacity into the medium- to long-term.”