The leader of Marxist  Sinn Féin, Mary Lou McDonald, has returned her pay rise of over €8,000 and has called for other politicians to do the same.

Ms McDonald took to Twitter yesterday evening where she announced she would be returning the pay rise, worth 8,847, to the Minister of Finance where it will become part of public money.

Announcing she was rejecting the pay rise, Ms McDonald stated that the country should be in this together, and that politicans do not need a pay rise when others are struggling.

"We are supposed to be in this together - right??" Ms McDonald wrote. 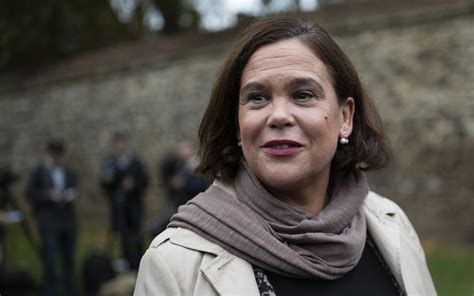 Sinn Féin's spokesperson for Housing, Eoin Ó Broin, announced at the beginning of April that he would be returning his pay rise, where he wrote on Twitter that "at a time when so many people have lost their jobs and funding is needed for front line health and care services I can't accept a wage increase".

Kildare North Sinn Féin TD Réada Cronin and Donegal Sinn Féin TD Pádraig Mac Lochlainn are also among the politicians who have publicly announced they would not be taking the pay increase.

While the Irish Post continued with their pro Sinn Fein agenda one ought to have asked why McDonald didn't just hand back the money without all the fanfare and publicity? Oh yeah, it is all about publicity, isn't it? Well worth the 8 grand.