Salem village, Massachusetts is forever linked with the witch trials that began during the spring of 1692. A group of young girls in Salem Village, claimed to be possessed by the devil and accused several local women of witchcraft. A wave of hysteria spread throughout colonial Massachusetts where unsubstantiated accusation morphed into uncorroborated guilt. A mere rumour could propagate, gaining weight as it travelled, culminating in the most severe repercussions for the accused.

History is littered with both good and evil men and women. The past is also awash with characters that beloved in one country and denounced in another. Elizabeth the first is considered by most English historians as one of the greatest monarchs to ever sit on the English throne. In Ireland she is reviled for her attack on Ireland. Her first governor, the earl of Sussex, remarked candidly that he had often wished Ireland 'to be sunk in the sea'. After all, "One man's terrorist is another's freedom fighter"  wrote Gerald Seymour in his 1975 novel, "Harry's Game".

Human beings from different tribes, families, religions tend to approach the world wearing a particular pair of subjective spectacles. We tend to judge similar events from the perspective that is most beneficial to ourselves, at times to the exclusion of objective truth. As a practicing Catholic I didn't want to accept that certain religious had abused children in the most heinous of ways, others covered up this great tragedy. It was an unpalatable truth for pious Catholics to accept, but they had to, it was the truth. However, I  soon learned that, and despite the media concentration that it was not an evil confined to the Catholic Church. 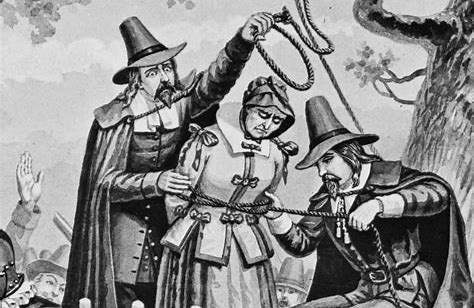 "Disclosure of Child Sexual Abuse Among Male Survivors” by Scott D. Easton published in December of 2013 in the peer reviewed Clinical Social Work Journal had found that So child sexual abuse is more common among protestant denominations than within the Catholic Church. I must stress at this point, that my intention is not to attack protestants, many of whom are far better Christians than many so called Catholics. The point I am making is sometimes what is presented as the "truth" is not the entire story.

According to Pew research there is a declining trust in the media, why? Because rather than presenting objective facts they promote a biased interpretation, or even distortion, of facts.  Simply tune into any RTE or BBC current affairs broadcast or documentary and it will impose a subjective accusation of "racist" on anyone who dares even question mass migration. The very mention of the phenomenon and the speaker stands subject to the condemned charge of "phobist", " hater", and other conveniently misleading accusations. What better way to silence dissent than to discredit the speaker in the eyes of those listening, regardless of whether the charge is true or not.

The  maxim of law, "innocent until PROVEN guilty" and the administrative limbs of justice, audi alteram partem ( or let the other side be heard) and nemo iudex in causa sua ( one can't judge in one's own cause). These rules ensure that in any tribunal natural justice applies, that a fair hearing is established. These of course aren't the only rules to ensure fairness but they are nevertheless important in their own right. Invoking these principles means that bias does not prevail and that one's reputation must be maintained until proven otherwise. By proven otherwise I refer to substantive, objective, and corroborated proof that would lead any reasonable person to conclude wrongdoing according to an established burden be it; usually, the balance of probabilities  for civil cases or beyond a reasonable doubt for criminal cases. Burdens differ in degree given the sanctions that could be meted out ( civil penalties tend to be monetary while criminal outcomes can include a deprivation of liberty by incarceration, and therefore, considered more serious and deserving of a greater burden of proof to protect the innocent).

Accusations are not just levelled at human beings per se but another type of suspicion takes the form of "conspiracy theory". A conspiracy theory of course does necessarily contain human actors but the initial focus tends to be placed on the existence of a theory first, those engaging in it, much later. " I reckon the world is controlled by a secret society?" ignites the conversation, tending to be followed with the  question " who controls the secret society?" and a bit later some accusation e.g. " Irish farmers"?

Is poking fun at " conspiracy theories" appropriate? I would argue no, not at all, for the most part at any rate. Some conspiracy theories have been proven to be true, the conspiracies themselves causing devastating effects including war and thousands killed as a result ( Gulf of Tonkin and the entry of the USA into the Vietnam War). Others like "George Bush Junior is a reptile alien, just look at this still picture? it is serpent-like?" are not as credible. What so of " conspiracy theories"? Let's first look at the terminology.

Although referencing the etymology of a word, or how a word originated doesn't always determine the modern meaning of a word, it can be a useful starting point. The noun conspiracy comes from the verb 'to conspire', which in turn derives from the Latin verb conspirare or 'to plot'. The Latin root is an assimilation of two words, com ( the conjunction, 'with') and spirare ( the verb, 'to breathe') or to breathe together. The long and short of it, the word denotes a coming together of voices, evolving into the activity of "plotting". A plot is merely a group of people coming together to effect a shared objective.

Our brief word inquiry doesn't stop there because in 1976 the New York Times obtained a document  requested via the Freedom of Information Act.This document was a C.I.A. Dispatch labelled “psych” or  “psychological operations” and was distributed in 1967. The document indicated that a phrases “conspiracy theory” and “conspiracy theorists” be coined  to discredit anyone who challenged the official narrative from the Warren Commission. The document also has a CS indicated on it, which stands for “clandestine services” unit. 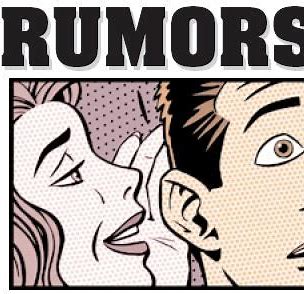 To the question posed " where is the best place to hide a tree?", the most cunning response is "in a forest!" . Governments and other entities with great power at their disposal, and the desire to maintain such power recognise that leaks of sensitive information does occur; a slip of the mouth, a mislaid document, or any type of carelessness could lead to exposure. Consequently, measures were put in place to fill the public domain with a host of conspiracy theories that were known to be false. In amongst these distracting theories lay genuine bona fide conspiracies. By persuading the general population to conclude that those who believe in a daft conspiracy x and  an idiotic conspiracy y must themselves be daft and idiotic. This tactic allowed those in power to convince the people, by invoking false association ( that the existence of variables . x, y and z are contained in one set, rather than say 2 or 3 different unique sets), that conspiracy z must also be crazy and those believing it worse than crazy. The tree was successfully hidden in the forest and therefore legitimate conspiracies are purposely ignored by the public having been deceived into such ignorance, ironically, by the conspirators themselves.

The key to any accusation, whether levelled at any particular individual or one that takes the form of a conspiracy, the key rational response is to assess all claims fairly on its own merits. The poor reasoning employed by people who are themselves routinely conned by others, leads to gross injustice and dangerous ramifications. We all have a right to a good name, everyone. Even serial killers of children are given the basic right of " innocent until PROVEN guilty" established according to an onerous burden on those making the accusatory claim. Accusations can turn into substantiated truth, other times they do not. Grave miscarriages of justice occur routinely even in places where the safety guards I discussed (infra) exist, established courts and tribunals loaded with learned men, women and centuries of rule. They most certainly exist in the partial, irrational unruly court of public opinion.

An older, wiser woman once told me " If someone spreads false rumours about someone else to you, you can be sure that the next day the same person will be spreading false rumours about you to someone else". Lies, deceit, misinterpretations, confusion, bias and other maladies can interrupt the pursuit of truth whether it be; the exoneration of an innocent woman on trial for witchcraft, the preservation of a person's reputation when falsely accused of malfeasance or the separation of a genuine  global plot or conspiracy from the fake. To arrive at reasonable conclusions one must assume a position of reason and objectivity and let the truth emerge victorious, not unsubstantiated assumptions.  I think we should all heed the advice of the old woman-just in case we are the next target of false accusations, the next witch set for trial.