Say No To Your Local NGO

One of the most influential entities existing in Ireland presently is the NGO or Non-Governmental Organisation. While touted as benign or even benevolent, behind the mask of alms giving exists a grotesque figure that seeks the ruination of the good through the bad.

First, a scintilla of background information to whet the appetite for the nausea to come. Non-Governmental Organisations are not the same as charities but there is some overlap. Charities tend to be Non-governmental organisations (NGO’s) but not all NGOs are charities. NGO’s, by definition, should be voluntary and independent bodies working to provide services for communities but given that most rely on Government grants and funding the distinction between an NGO and a charity is quite blurred. NGO’s tend to be created for similar motives as charities, virtuous giving of a benefit to the vulnerable, and for this article I will consider them as interchangeable.

The word charity originates from the Old English word meaning a "Christian love of one's fellows. The word originally derived from the Latin caritas synonymous with Greek word agape (ἀγάπη), a distinct form of "love” understood best as ‘to will the best for’ someone. 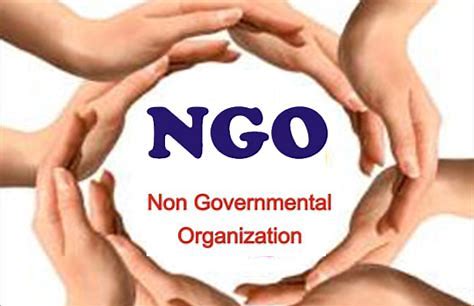 Beginning as private trusts charitable Institutions evolved to carry out the work of assisting the poor, and these institutions, became known as charities, and in time became incorporated entities with distinct legal personality transforming into what we see today.

The sad reality is that although charities began with noble intentions, and some persist with that ethic, the notion of charitable institution is now synonymous with the terms 'industry' and 'far left activism'. The level of influence of NGO’s and charities in Ireland is so extensive that they are considered by many to be an invisible branch of government. These entities exhibit immense power through lobbying such that they have resulted in changing the political climate and moral landscape in Ireland, and not for the better.

The NGO’s behave as a social movement driving and influencing government policy either via independent initiative exerting undue pressure on political parties or through direct consultation with the department of Justice. These unelected entities are directed by mission statements highly infused with far-left ideology and theories of inclusion and diversity. Sources indicate that two out of five non-profits rely on grants and awards as a source of income stream, the remainder coming from a variety of private funding.

A report issued in 2018 by Indecon Economic Consultants stated that the government and public bodies are the largest sources of income for charities. It says that Irish charities have an income of 14.5 billion. They directly employ 189,000 people and supported by over 300,000 volunteers. The consultants estimate that household charitable donations were in the region of 350 million euro. These figures include hospitals. However, in anyone’s language, this is BIG business. This turn of phrase is important because charities have moved from their original intent to behaving like an industry, but one with a seemingly bottomless well of supply.

According to the Irish Independent in December 2019, the St, Vincent de Paul for example has 155.5m euro in cash reserves including 80.8m in property and 28m in cash. The Peter McVerry Trust had 28m in reserves in 2018 and 3.8m in cash and Focus Ireland had 10.6m cash in the bank (but owed 6m to creditors). Interestingly all of these charities, and many others, work in or about the homelessness sector and despite the vast sums of money at their disposal homelessness has steadily increased. If these industries operated in the private sector they would have been caused to collapse for failure to deliver. The reasonable accusation subsists that there is a benefit to maintaining the status que vis-a-viz the plight of beneficiaries. If the homeless for example remain homeless, then a charity dealing with homelessness has a reason to operate and therefore CEO's can keep collecting their high salaries, staff are retained as a going concern and  Governmental policies can be influenced by heavily biased reports and other such benefits.

Not only is there non delivery of goals but the taint of industry impropriety too. In 2013 Brian Conlon, CEO of the central remedial clinic resigned after revelations that public donations were being used to top up the salaries of bosses at the CRC, a charity which treats adults and children with physical disabilities. The CRC had been using funds raised by a company called ‘Friends and Supporters of the Central Remedial Clinic’ to boost the salaries of high ranking executives. Although Mr Conlon did not himself receive salary top-ups from public fundraising sources and his own pay was within HSE guidelines. The scandal caused immense damage to the sector.

Controversary broke again in the sector, this time concerning REHAB, a charity established to assist children and adult with learning difficulties. It was discovered that REHAB had leased cars for staff using money provided by the State to subsidise its struggling charity lottery. The central funds were not to be spent on administration but to be used for charitable purposes only. However, the Department of Justice claimed that those funds had also been spent on advertising, professional fees, software licences, and stationery costs. The funding in question was part of a deal with the State to compensate charities for loss of revenue following the establishment of the National Lottery. Court documents in the form of affidavits disclosed that using the Charitable Lotteries Scheme money for these purposes was "in breach of the explicit condition that all such funds received must be used for charitable activities and cannot be used for administrative purposes”.

This was not the first time REHAB’s reputation was brought into disrepute. In March 2012 It was disclosed that, on top of a €234,000 salary, Angla Kerins CEO of REHAB, benefited to the tune of €23,000 from her role on the boards of two state bodies. Kerins later claimed that the monies received to fund those roles were donations from the public.

Several defences are given for exorbitant salaries. Many charities argue that high salaries are defrayed from separate sources to those funding coal face activities. The problem with this line of argument is that many who make private donations believe their contributions go to the coal face of the charity, and the public also willingly pay higher taxation to fund public causes. Ordinary people, however, do not expect their private donations or the money taken away from them to raise taxes to be spent to cover the very high salaries of CEOs in charities. Moreover, regardless the original sources of monies received by charities, the payment of extraordinary high salaries will reduce, in toto, the funds that could conceivably go to the intended beneficiaries of the charity as established originally. To make it simple, money given to pay the high salaries of CEO’s is money taken from other areas of the charity, i.e. the homeless, the poor, the disabled etc. 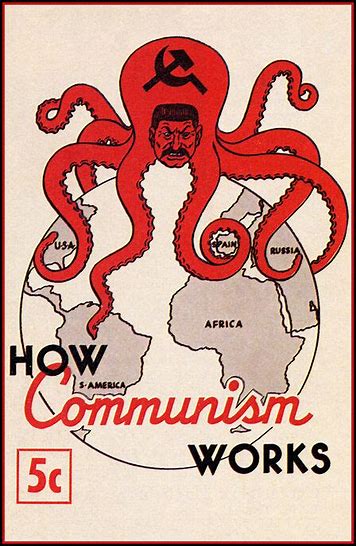 Another defence given by charities to legitimise these high payment sis that their CEO receive far less than the CEO’s of other charities. This too is distorted reasoning. It may be that the general and accepted practice of the entire charitable industry is lacking, but one charity is lacking slightly less than the others. This would be like saying ‘all the corner shops on my street sell lollipops for 10 euro, but ours sells them at 8 euro’,. That one shop may be cheaper than their competitors, but the sale price is still extraordinarily high compared to its true value.

A personal favourite defence is “ to hire the best we must pay the best” type of argument. This too is a way of trying to skirt the issue. Charities ought to behave, if one were to defer to the originating motive of establishment, in a manner equating to the vocational. Many very smart people do many things for the less fortunate without seeking high rewards a lot of the time. Using this excuse would call into question why someone would be motivated to join a charity in the first place if their primary motivation was conditioned upon receipt of a huge salary. Let’s remember, these CEO’s also have agency, and although they may operate legally within a formalised agreement there is nothing to stop them from negotiating to reduce their salary in accordance with the ethic of charity.

These and many more scandals affected the industry so badly that in their aftermath charities reported receiving up to 40% less in donations from the public. Did the distrust of the sector in the eyes of general public change how charities operated?

Well, by January 2019 TheJournal.ie revealed that despite notorious scandals a number of high-ranking Irish charity executives continued to earn high salaries well in excess of €100,000 a year. Their survey demonstrated a significant variety in the levels of CEO pay, some earning almost €150,000 a year.

Many of the charities associated once with the Catholic church and a Christian ethos have departed from their spiritual roots to embrace far left secular dogma. Most, if not all, catholic established charities have been distorted or compromised where their future will be alien to faith. In truth, many are largely operated by secularists who either to continue to feign spiritual fidelity or never had it in the first place. The Church hierarchy have also largely abandoned their spiritual mission for the role of communist social workers and work either intentionally, recklessly or negligently in tandem with many NGO’s that promote policies that are distinctly unchristian e.g. the promotion of radical sex education and LGBT propaganda on children.

The ultimate irony with a lot of these charities and NGO’s is that they operate under an ethos of social justice but under the Orwellian rubric of “all are equal, but some are more equal than others”. Many of those who are employed in these charities to assist the less well-off are, to borrow their language, are themselves “privileged”. They are invariably university educated, liberal and come from middle class homes. Meanwhile these same social justice warriors bring home middle-class incomes as they condescend and patronise their vulnerable clients. NGO employees tend to be those who wish to eradicate tyranny while imposing it on others (Trocaire for example we seen campaigning against freedom of speech alongside far left terrorists). They also seek equality for others while perpetuating inequality at the same time with their bourgeois lives or reliant on bourgeoise mum and dad. 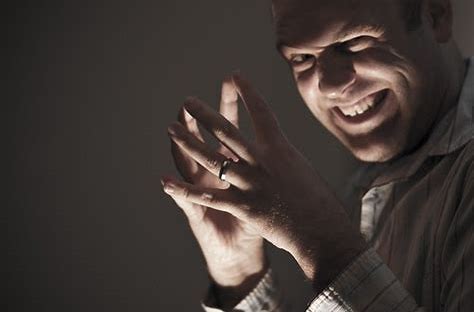 What’s more, NGO’s like Amnesty International pontificate about campaigning to liberate the voiceless while at the same time campaigning to kill the most silent of all, unborn children. Anti-Racist organisations demand an end to discriminating against ‘minorities’ while engaging in whole-sale prejudice against white Europeans. Famine relief projects seek to eliminate poverty and injustice while at the same time giving money to dictatorial regimes that cause poverty and injustice. NGO’s rail against global capitalism yet clamour to receive funding from the likes of George Soros, an arch capitalist whose wealth derives from investments in public equity, fixed income markets, foreign exchange, currency and commodity markets.