Immediate action is to be taken by a Dublin council after a statue of IRA chief Sean Russell was painted with LGBT pride colours in Fairview Park.

The statue, which has been mired in controversy in recent weeks due to Russell's connections to Nazi Germany, was vandalised with the rainbow colours in recent days.

It is currently LGBT Pride month worldwide, and the Dublin pride festival has been moved online as coronavirus restrictions remain in place which do not allow for mass gatherings. 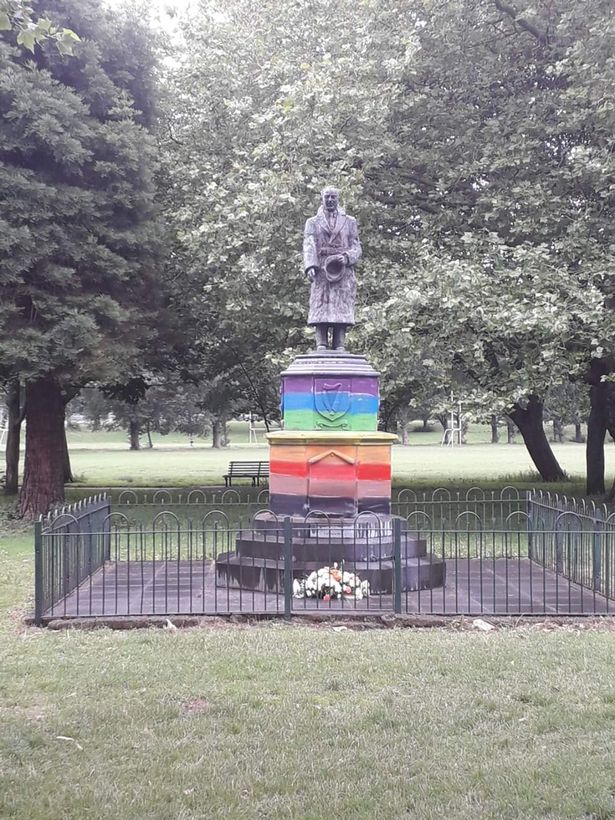 Sean Russell, who fought in the Easter Rising in 1916, died while on board a German U-Boat in 1940 during World War II.

It is understood that he was travelling to Hitler's Germany looking for support to overthrow the Free State and unite Ireland north and south.

Since being placed in Fairview Park in 1951, the area of Dublin where Sean Russell was from, the statue has been vandalised continuously and questions remain about whether it should still be in place.

Speaking about racism in Ireland earlier this month, Taoiseach Leo Varadkar said that the removal of the statue may have to be considered but that it would "have to come down legally".

His Fine Gael party colleague, councillor Ray McAdam, has requested that the council remove the statue.

The statue is maintained by Dublin City Council and owned by the National Graves Association.