SHOCKING: 25% of pregnancies now ended by abortion in Britain

New official statistics have revealed that 25% – one in four – pregnancies in England and Wales were ended in abortion in 2019. The further rise in the number of unborn babies killed by abortion has been described as “deeply shocking” by pro-life activists.

The figures, released by the Office of National Statistics, showed that 207,384 of the 821,809 pregnancies in England and Wales in 2019 ended in abortion. Right to Life UK say that they expect the number to increase further in 2020. 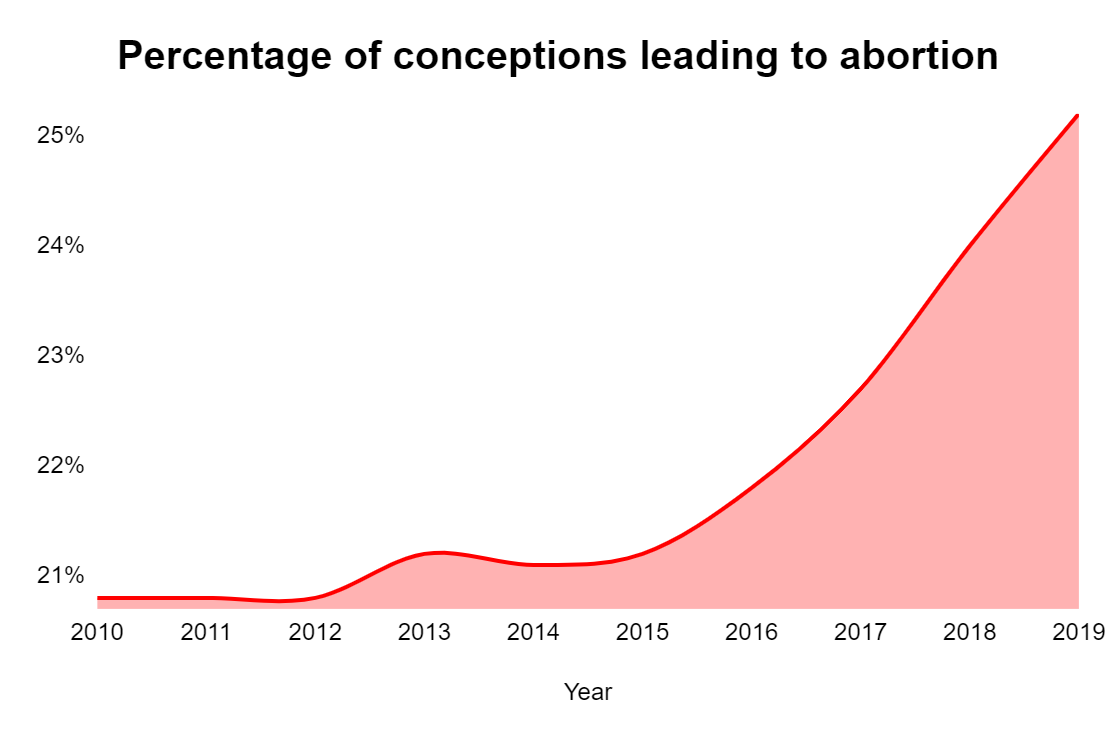 The British Office of National Statistics (ONS) said: “The percentage of conceptions leading to a legal abortion among all women in England and Wales increased from 24 per cent in 2018 to 25.2 per cent in 2019, the second year in a row this has increased for all age groups”.

Figures released by the Department for Health and Social Care last year showed the highest number of abortions ever recorded to date, with 209,519 abortions (including non-residents) occurring in England and Wales in 2019.

Right to Life UK said that “the abortion statistics released by the Department for Health and Social Care in May 2021 broke this record, showing 210,860 total abortions recorded in England and Wales in 2020, an increase of 1,341 from 2019.

And they added that “although annual statistics on conceptions among residents in England and Wales are not yet available for 2020, the increased number of abortions recorded that year suggests that the percentage of pregnancies ending in abortion will likely exceed the 2019 figure.”

Commentators have pointed to the introduction of ‘DIY’ home abortions in England and Wales during the Covid lockdown as contributing to the significant rise in abortions.

Catherine Robinson of Right to Life UK said that: “It is a tragedy that over a quarter of all pregnancies in England and Wales ended due to abortion in 2019. Every one of these abortions represents a failure of our society to protect the lives of babies in the womb and a failure to offer full support to women with unplanned pregnancies”.

The Life Institute said that the continued rise is abortion numbers was shocking, and that Irish rates were also climbing as the political and media establishment continued to fail women.