Sinn Fein are running to London, again. This time scurrying to the British Army, before that it was Westminister to achieve their policy of imposing baby killing, aka abortion, on the people of Northern Ireland.

If it ain't broke, don't fix it, so the saying goes. Call Sinn Fein whatever you want, one thing is certain, they are now becoming wholly consistent in their genuflection to the British establishment.

Sinn Fein is set to potentially back a request by Stormont’s health minister to use the British Army in efforts to tackle coronavirus in Northern Ireland.

Robin Swann said he will likely ask fellow ministers in the powersharing government to support to a MACA (Military Aid to the Civil Authorities) request next week. 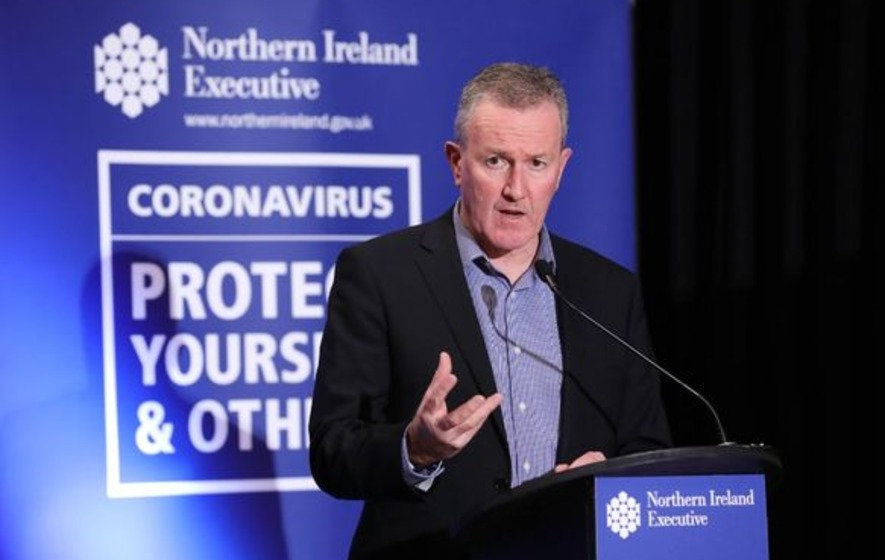 Given the region’s troubled past, any move to bring soldiers back onto the streets would ordinarily prove politically contentious.

But Sinn Fein minister Conor Murphy has indicated his party would consider that request if required.

“We are about saving lives and that’s the number one priority, we’re not about politics in this game at this time – all rules are out the window,” he said when asked about the issue on BBC Radio Ulster’s Inside Politics show.

“We are about saving lives and protecting the community so any assistance we can get from anywhere if that’s what it lends itself towards then we will absolutely consider that, that’s our priority.”

Mr Swann is seeking logistical support from the Army.

If deployed back into the region, one of its main task would be to construct a Nightingale hospital at the site of the former Maze paramilitary prison near Lisburn for an anticipated second wave of cases in the autumn.

Mr Swann revealed his intention to bring the matter to Stormont’s leaders in response to a question during Friday’s coronavirus press briefing in Belfast.

“We’ve already seen it being used to establish Nightingale facilities across the United Kingdom.

“When we have to use it here in Northern Ireland, I will use it.

“I’ll probably put forward a MACA request to the executive office at the start of next week to make sure that that process is in place, because I can’t afford to do anything that puts anybody’s life at risk.

“Because at the end of this pandemic for the people of Northern Ireland there’s potentially and there will be only one thing that divides us – and that’s those that are still alive and those that are dead.”