The Taoiseach has said he is glad that Verona Murphy did not get elected in the Wexford by-election.

Earlier this week the party announced that Ms Murphy had been deselected as a candidate for the Wexford constituency in the next general election.

Ms Murphy ran a controversial campaign in the by-election, during which she apologised after claiming that some asylum seekers coming to Ireland have to be "deprogrammed" as they "carry angst" and may have been "infiltrated by ISIS".

Ms Murphy said her remarks on RTÉ's This Week programme were "a very poor choice of words and I am very sorry to anyone who was offended by them". 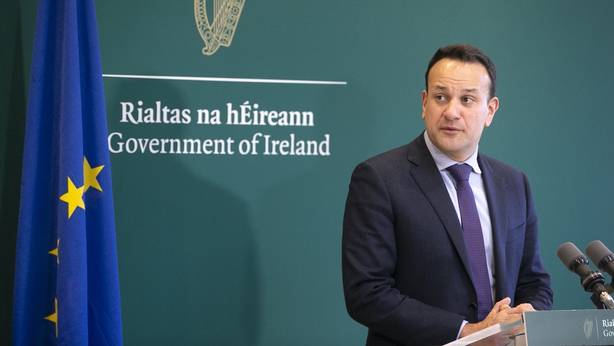 Mr Varadkar said it was a mistake to select her as a Fine Gael candidate and one he accepts responsibility for.

He said she was not someone who was "alien" to him and that he knew her in her role as Road Haulage Association president and in her public contribution on Brexit issues.

Mr Varadkar said he viewed her as someone with "a really impressive life story in terms of how she made somebody of herself and somebody who is very vocal and very outspoken and I thought she would be an addition to our party".

But he said: "I never once heard her express anti-migrant views or racist views, I don't think anyone else did or nobody else told me that they did. And once she did, it came as a surprise - a big surprise - and I have to take responsibility for that.

"But the truth is when you are captain of a team, and I suppose a party leader is a captain of a team, you will find from time to time that people on your team let you down, and what do you do about it? You do the one thing you can do, if they don't change their ways you take them off the team.

"And I have had to take a number of people off the team in the last couple of weeks, people who will not be candidates for us in the general election when it comes," said Mr Varadkar.

Ms Murphy issued a statement in response to Mr Varadkar's comments this evening.

She said that: "It is a sad day, when the full might of the Fine Gael Party has today sought to portray common-sense security issues raised by me as racist remarks."

"The continued and sustained attacks on somebody who is in their eyes a racist is puzzling? Why would they bother? What are they concerned about?"

"The plain fact of the matter is; it is this Fine Gael urban-centric government that are using the race card to detract from the fact that it is failing Rural Ireland. All the name calling and abuse hurled in my direction will not conceal this reality," said Ms Murphy.

Ms Murphy also added: "Should I stand in the next General Election? The people of Wexford are intelligent enough to form their own views, and all this unwarranted and unnecessary attention will be seen for what it is." 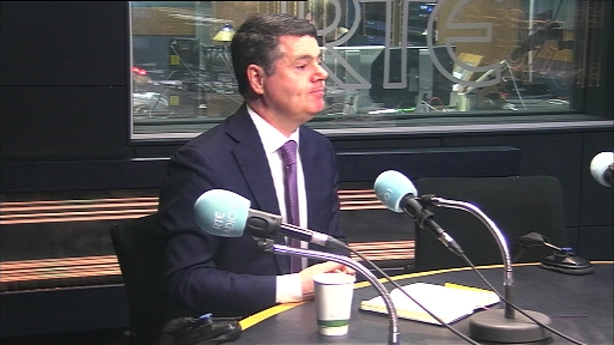 Earlier, the Minister for Finance Paschal Donohoe said Ms Murphy was deselected as a general election candidate as her views on society were not consistent with the tone and values at the heart of the party.

Speaking on RTÉ's Morning Ireland, Mr Donohoe said that no one individual or one candidate is bigger than the party and that moderation and inclusivity are values Fine Gael supports and are contrary to the views expressed by Ms Murphy.

He said the party had continued to support her campaign after she apologised for her comments about asylum seekers.

Mr Donohoe said she had many formidable qualities and acknowledged that, when entering politics, it can be challenging handling media scrutiny.

However, towards the end of the by-election, he said he had begun to wonder about her apology and what her views were.

He said that following her de-selection, Ms Murphy stood by her earlier opinions and he too would do likewise about the decision to deselect her.

When questioned about Maria Bailey's de-selection as a candidate for the Dún Laoghaire-Rathdown constituency in the next general election, he said Ms Bailey had lost the support of her local colleagues in Dún Laoghaire so she could no longer run for the party.

Ms Murphy has said she will decide by mid-January whether she will run as an independent candidate at the next election.

He said that he had concerns about the perception created by the matter and the ethical standards that need to be met by public representatives.

Mr Donohoe said the facts will be reviewed and due process will be afforded to Mr Murphy.

He added it is not appropriate that someone who has left the Oireachtas cannot be investigated.