Friend of Terence McSwiney Geraldine Neeson remembers the martyred Lord Mayor Of Cork and his great sacrifice for the Irish Republic.

Geraldine Neeson recalls her friend the former Lord Mayor of Cork Terence MacSwiney, who died on hunger strike in Brixton Prison on 25 October 1920.

Ten days after the murder of the Lord Mayor of Cork Tomás Mac Curtain by members of the Royal Irish Constabulary (RIC), Terence MacSwiney was elected as his successor at a special meeting of the Council of the Cork Corporation.

On 12 August 1920, Terence MacSwiney was arrested in Cork for possession of documents relating to Dáil Éireann and also possession of an RIC cipher key. He was tried and sentenced to two years imprisonment at Brixton Prison in England. He began a hunger strike, which lasted 74 days, resulting in his death on 25 October 1920.

Geraldine Neeson (née O’Sullivan) was bridesmaid at the marriage of Terence MacSwiney and Muriel Murphy which took place in Bromyard in England on 9 June 9 1917. The select wedding party also included Terence MacSweeney’s sisters Mary and Annie, the Capuchin friar Father Augustine Hayden and best man Richard Mulcahy. Geraldine Neeson stayed with Muriel for a fortnight before her wedding and during this time she got to know Terence MacSwiney very well. 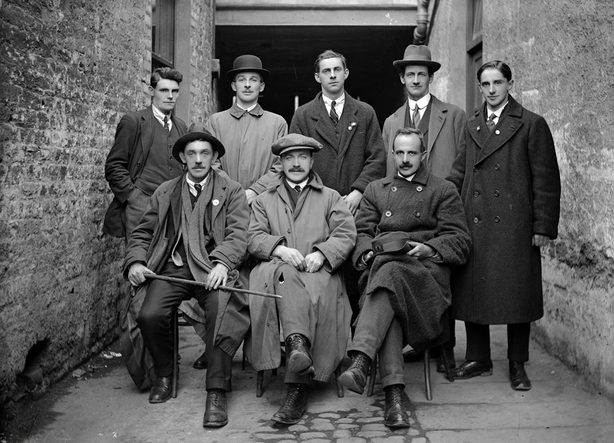 Geraldine Neeson’s husband Sean Neeson, a founder member of Sinn Féin in Belfast, was interred in Frongoch and imprisoned at Reading with Terence MacSwiney. She never imagined Terence MacSwiney would take on something as immense as a hunger strike, however her husband knew that

"Anything  Terence MacSwiney undertook was already finished, that he would never waver."

Geraldine Neeson felt Terence MacSwiney and Tomás Mac Curtain both had feelings of guilt because the Easter Rising of 1916 had not extended to Cork. During his hunger strike she remembers Terence MacSwiney saying his failure was vindicated.

"I think he felt that by his hunger strike he had done something peculiarly great."

Geraldine Neeson remembers the MacSwiney residence at Belgrave Place in Cork as a hub for anyone involved in social movements. The Terence MacSwiney she knew was a lovely man, always in a hurry with his head aloft,

"He used to remind me of the prow of a ship."

Some of the Volunteers did not appreciate his eagerness and vitality, accusing him of rushing them and treating them like schoolboys but,

"I think he knew that he hadn’t long and this job had to be done fast."

The account given here is edited from an interview filmed with Geraldine Neeson in 1979 during the production of the television series ‘Ireland A Television History’.