The Hand That Rocks The Cradle-Pt1

The spouse of power is money and rather than intimately waltz, they prefer to compose music so that others can dance to their tune. The symbiotic relationship between power and money is a long established union but the manner in which wealth is accumulated, these present times at least, and the power brandished on foot of it is rarely a module seen in any Economics degree. Over the course of a few days I hope to demonstrate how money comes into being, the role of central banking, and how a small cadre of powerful people have been running the world, not from dark back alleys or murky tenements but in board rooms in the full light of day and seemingly, with our tacit approval to boot.

No matter the crisis a certain number of elite people tend to prosper while the remainder struggle. A highly influential player that is always in full sight yet at the same time concealed, the banking system as profiteer flies under the radar. Of course, the banking system isn’t some grand leviathan, at least not in terms of mythical monster. It was established by a select few powerful men who continue to prosper. Where there is mass wealth accumulated by a select few, great power is also achieved and rarely surrendered.

The industrialist Henry Ford once said

“…it is well enough that the people of the nation did not understand our banking or monetary system for if they did, I believe, there would be a revolution before tomorrow morning”.

While students learn all about financial markets, derivatives, liquidations and asset management very few learn about the driving force behind it all, money and how it comes into being. We send children to school to receive an education, to provide them with the necessary tools to navigate life with the hope of prospering or at least ‘making ends meet’. The reality is that children enter primary school then onto second level and, once the province of the few (as was second level), to third level education. The understanding is that children are prepared to receive knowledge, but the more accurate assessment is that they are institutionalized in preparation as the next generation to take their place in employment. With employment comes disposable income, the need to buy or rent property, to satisfy certain needs and luxuries in the form of consumer goods and services and once they begin to spend, often beyond their means, they also start to acquire debt. Behind it all is money most often handed over, in a quid pro quo, for goods or services rendered. But what exactly is money? How does a piece of worthless metal, piece of paper or now, digits on a computer screen translate into something so valuable that most people will spend their lives trying to accumulate it, many others commit the most horrendous crimes to acquire it, and a vast majority spend long days in environments, even to the detriment of health and family, to earn it? 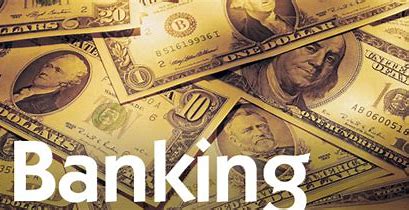 Money acts like an IOU ( I owe you), the form it takes, whether physical or virtual is merely representative of something of value. For most of modern history this was gold, but this is no longer the case. The money in our wallets, that come at a heavy price, represents nothing more than blind faith in people who are unscrupulous, greedy and self-serving.

In 1694 England had come through a bloody civil war, restoration of a monarch and a “glorious revolution” ousting a Catholic king. This period of upheaval exhausted the English parliament and needed to find means to acquire easy wealth. To resolve the issue Scottish banker William Paterson conceived of an idea so radical it was almost incredible, to create a privately owned bank that could issue money to parliament straight ‘out of thin air’, and so it was done. The first modern central banking system in the world had been established.

Central banking is more influential than laws governments and politicians but conveniently not the focus of the general public. Fast forward to the early 20th century, and after the failure of two previous attempts, a group of bankers conceived and implemented a plan to create a central bank in the United States of America. In December 1910 senator Nelson Aldrich rented a private train car in New York and with six others, all arriving incognito and to the ignorance of any news reporters, they managed to make their way to Jekyll island off the coast of Georgia. The meeting lasted for 9 days and it was from this gathering of highly influential and wealthy men that the Federal Reserve system was founded. This is not some crude conspiracy theory but is well documented as a matter of public record. Some of the participants even went on to write about the meetings in their personal biographies. Frank Vanderlip, president of the national city Bank of New York on the 9th of February 1935 in an interview given in the Saturday Evening Post stated,

”I was as secret, if indeed as furtive, as any conspirator. Discovery, we knew simply, must not happen or else all our time and effort would be wasted”.

To achieve this brazen move, in 1908 the men were able to sponsor specific legislation in congress called the ‘Aldrich-Vreeland Act; seizing upon a mass panic called “ the knickerbocker crisis” ( In October 1907, over a period of three intense weeks, an excess of 50% of stocks and bonds fell in value causing instability in the markets and several runs on the banks) to push their plan. This Act eventually led to the creation of the national monetary commission, the latter recommending the establishment of the Federal Reserve Bank pursuant to the Federal Reserve Act 1913. Although the Act had included a number of restricting conditions these were eventually removed or modified upon foreign creditors seeking satisfaction of debts in bullion. The backers of the Reserve, several bankers, fiendishly orchestrated the publication of news articles criticizing the creation of the reserve to deceive the masses. The masses fell for the ruse believing that any initiative that was being touted, albeit falsely, as placing a restriction on the banking sector was a good idea. With that the Federal Reserve bank began creating money in 1914 and loaning it to the US government as well as charging interest for the service.

The Federal Reserve is an independent agency answerable to no other government agency which can overrule actions. As a creation of legislation, it can be controlled by further enactments, but this presupposes that congress, as other governing bodies, act in the welfare of its people. Invariably they don’t and serve select interests only. The Federal Reserve, as it stands, is out of reach of other investigating agencies.

So what? What has this to do with us as Irish nationalists. I will address this tomorrow in part two.