The Hand That Rocks The Cradle-Pt2

Continuing on from part 1, let me address how the creation of the US  federal reserve had implications beyond the borders of the United States of America.

Both the central banking model from the Bank of England and the United States have now been implemented in virtually all individual countries, as well as some multinational entities with consolidated power such as; the European Union through one of its institutions- The European central bank or ECB.

The effect of the establishment of the ECB placed all hitherto independent countries and their respective economic sovereignty, effectively under the control of one centralized, largely undemocratic, economic policy. While the general public continue, especially those of the member states of the EU, to naively believe that their own domestic parliaments retain some control over real aspects sovereignty, they are very much mistaken. To control the economy is to control the country, much like exerting control of drawing horses  translates into the effective control of a stagecoach. Although the implementation of actions such as centralized economic policy may seem prima facie democratic (the requirement of a general plebiscite or vote in passing of referenda as well as the election of legislators to domestic and EU parliaments) the supposition is that those who control the output of information upon which votes are cast do so in the interests of the people. This we know is also untrue and there is ample evidence to substantiate this claim with reference to; several retaking of failed treaty results and the treacherous bailout of 2008. It was the latter that revealed the real parties that control our economy and therefore our nation.  To illustrate it further, ask any abused spouse, who has access to the marital purse only upon the exacting permission of a controlling partner, whether that abused is  in anyway, objectively, free? 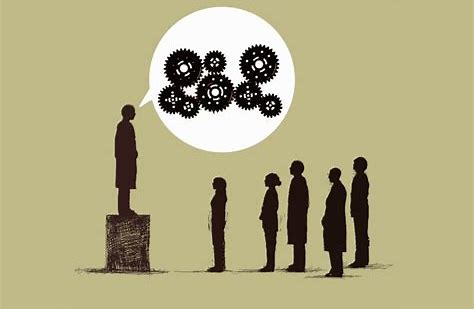 The decision to form an economic and monetary union was taken by the European Council in the Dutch city of Maastricht in December 1991 and was later enshrined in the treaty on European Union This ‘master’ treaty on economic and monetary union took the EU one step further in its process of economic integration which started in 1957 with the treaty of Rome and going through different guises with different objectives in between. However, moving from economic co-operation to colonization is far removed from what many ordinary Europeans initially envisioned. Given that only a half century before, Irish patriots achieved independence from another overlord, the elites of Britain, only to voluntary give it away by deception (achieved with small incremental steps), should be considered the most devious act of treason in our history. Treason? yes, because rather than being seized independence was instead delivered by domestic puppets, and all achieved apparently with the tacit approval of deceived citizens.

While there is no single institution responsible for economic policy in the EU instead the responsibility is divided between member States and the EU institutions. The major actors in the EU set up are: the European Council -which sets out policy orientations; the council of the EU (otherwise known as ‘The Council’ ) -which coordinates EU economic policymaking and decides whether a member state may adopt the euro; the Eurogroup which coordinates policies of common interest for the euro area member states; the member states themselves as they set their national budgets within agreed limits for deficits ( they also determine their own structural policies involving labour pensions and capital markets); the European Commission -this body monitors performance in compliance; the European central bank which sets monetary policy with price stability as the primary objective and acts as a central supervisor of financial institutions in the euro area and finally the European Parliament which shares the job of formulating legislation with the council and subjects economic governance to supposed ‘democratic’ scrutiny. 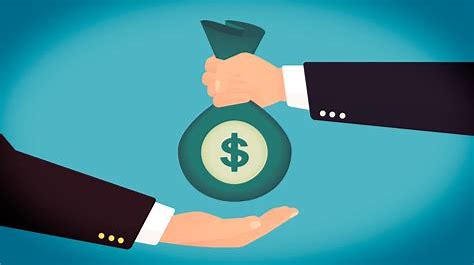 While these institutions certainly have various overt powers and duties the narrative spun by our political and media puppets is that these powers are amenable to scrutiny through democratic processes. This is a sham. Any elected person to a legislature is successful on the basis of irrational charisma ( even the snake oil salesmen of the wild west managed to sell their useless products to gullible consumers through a charm offensive) but more significantly the issuance of certain guarantees and promises. These are often broken e.g. both Varadkar and Harris warranted pro life guarantees only to abandon them once elected. There is a rich history of broken promises and misleading information plied generously to the electorate to manipulate an outcome but which were subsequently reneged upon or significantly altered once political success was achieved ( this applied to all local,national or EU elections and treaties  and I hope to address these in another blog).

At this juncture, however, it is convenient to be reminded of the “Trichet letter”. This letter is regarded as pivotal because it included an explicit threat by the then ECB chief John Claude Trichet to cut off emergency funding to the Irish banks unless Ireland immediately signed up to a bailout . If the ECP had carried out the threat it would have pulled the rug from under the precarious Irish banks, causing them to collapse sending the already crisis wracked economy into meltdown. Safe to say, such a calamity would have had even harsher consequences for the people of Ireland than the eventual bailout soon achieved.

And what of our great friends in Europe during this crisis “ I’ll be perfectly honest with you” said German Chancellor Angela Merkel” I'd rather take care of Europe's growing competitiveness than continually spend my time taking care of rescue programs for other countries”. Let’s make no mistake about it, “Europe’s growing competitiveness” could be translated into “strengthening German interests”. Once vested interests are identified, the controlling mechanisms wielded to realise those interests requires further analysis: central banks and the creation of money.

The only places in the world that don't have central banks North Korea Iran and Cuba in 2000. This list suspiciously included Afghanistan, Iraq and Libya. We all know what has happened these three countries, invaded on the pretext of tyranny and terrorism- how convenient?

Since the end of World War II, the US dollar has been the reserve currency of the world meaning that all central banks hold US dollars in their reserves. In other words, all other currencies are backed by the US dollar. The relevant connection between the US federal reserve and Irish nationalism, therefore, suddenly begins to look clearer through the direct links our country has to the federal reserves management policy in America.

A highly significant event occurred in 1944 ( prior to the ending of WWII which is interesting in its own right). Over 700 delegates from all 44 Allied nations gathered at the Mount Washington Hotel in Bretton Woods, New Hampshire, United States, for the United Nations Monetary and Financial Conference, also known as the Bretton Woods Conference.  The monetary system called 'the Bretton Woods system' was negotiated was created establishing the rules that would be applied to all international financial and commercial practices within its province ( i.e. economies under Soviet control were excluded for obvious reasons).  The agreement replaced the hitherto gold standard with the US dollar. It was also agreed that the US dollar was to be recognised as the global currency, to the exclusion to all others, giving the US federal reserve united power to print dollars. The US dollar was also pegged to the price of Gold per ounce ( 35 USD).

The attachment to gold had meant that all currencies tended to be very stable in relation to each other on account that all domestic exchange rates were fixed annually. The removal of the gold standard would lead  to floating exchange rates causing financial uncertainty for those wishing to plan ahead in a predictable financial climate.

Post world war II European countries lacked the dollars to import food and energy and to alleviate those concerns the US encouraged the Europeans to devalue their own currencies relative to the dollar increasing net exports and earning dollars to ease the dollar shortage in Europe. The US economy then felt the impact as their exports became more expensive to ship abroad causing devaluation in the dollar and a deficit in its international balance of payments. The US had managed to acquire vast tonnes of bullion  ( most of the world's gold reserves) during the war and to settle the deficit began to lose the gold they had accumulated. With international currency pegged to the dollar and the dollar to gold, US gold reserves then began to deplete to balance international payments due to over valuation of the dollar. The US federal reserve then decided to raise interest rates so that money stock would contract with the affect that the value of the dollar would fall and therefore making exports cheaper to sell  turning the deficit into a surplus.

In the early 60's the US Department of Commerce limited foreign direct investment while the the federal reserve limited bank lending abroad.  in 1968 central banks stopped buying or selling gold in the open market seeking permission instead from the US Treasury only to buy gold.  This changed the Bretton Woods system from a de facto gold standard anchored by a fixed dollar price of gold into a dollar standard. Anchored to the dollar standard  price levels of other countries in the Bretton Woods system had to move in line with the price level in the United States. The United States successfully pressured other countries not to present dollars to the US Treasury for payment in gold, with the exception of France who demanded payment of debts in bullion. Therefore, instead of acquiring gold to settle the US payment deficit the other countries instead held onto the US dollars that they had accumulated from those US deficits. These dollars were they presented the dollars to the individual member central backs to convert into domestic currency the payment increased their domestic  bank reserves and money stock. Inflation then increased in these countries along with US inflation.

However, the reliance on the gold standard of currency was to shift in 1971 causing immense repercussions for the global economy, to which Ireland is rationally yet inimically tied.

In part 3, I will continue the story, including revealing one of the greatest magic tricks of all time, how money can be created from ...nothing!