As a pandemic causes havoc across the world the recognition that an existing pathogen that fills the daily newspapers becomes all too clear. Maybe the isolation has rendered it more visible, but its always here and has been for quite some time.

This particular virus has been in operation for several decades now, infecting the minds of young and old alike. It is a very virulent strain of plague to fight and like COVID 19 some people may have it but not show any symptoms, others lose their lives to it. There is no quarantining from this as it enters the very heart of every home in the land and Ireland is as susceptible to its contagion as any other place around the globe. What is this awful malady? Celebrity culture.

The corona virus isolation has brought the full effects of celebrity culture into sharp focus. At the root of this phenomenon is a disordered narcissism; the excessive admiration of oneself and the need for constant worship from others.

Instagram models almost dislocate a limb as they pose in the most awkward positions in skimpy bikinis and lingerie and all against the back drop of an exotic horizon.. Over paid and under talented performers hold back the tears on a YouTube video as they share their distress at having to lounge all day in their Olympic size heated swimming pool and all without the usual adulation they have become accustomed to, oh the horror of it all.. Idiotic professional footballers explain away their breaking of isolation to attend a mate’s sex orgy party with the usual insincere apology prompted by their PR agents. Not to be undone by public gratitude towards frontline health care staff, the real superheroes of the world, Hollywood actors inform the world of their most generous donations to local hospitals but get a little annoyed when their act of charity is not triumphed in the media as a gesture worthy of deserving of next years Nobel prize, or at least to be in the running for one. Failing this, a rendition of “ Imagine” by Jon Lennon is shared on twitter where each celebrity honoured enough to be invited to partake sings a line, one more emotional than the last. Why? To entertain the masses perhaps? Or more likely, to satisfy their unquenchable need to maintain relevance when the world’s focus is, for once, not on them? 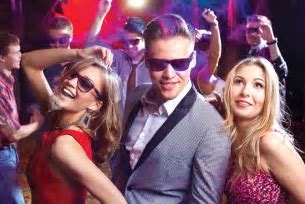 In Ireland we have our own mutation of this great blight. The second rate native celebrity operates much the same as it’s more notorious kind. However, the indigenous variety tends to be far more familiar but equally irritating as its grander equivalent.

The virus comes in multiple guises ranging from, A list to Z, each dangerous in their own right and every one a malicious specimen that attacks the mind and morals of the young at an alarming and exponential rate of contagion. The youth are especially susceptible and try desperately to emulate the pathogen, thereby abandoning any semblance of pride other than the degenerate variety and most likely to be found wearing an exaggerated pout in a selfie.

Meanwhile embattled nurses return home exhausted from a gruelling shift in hospital tending the sick, many parents go to sleep worrying about paying the mortgage as they have been furloughed, legions of elderly peep between the closed curtains hoping that someone will walk down their garden path to spend a few minutes engaging in idle chat.

The corona virus will come and go yet this virulent disease will remain as before, sucking the life and dignity out of young and old alike. One would suspect that in a society run by nationalists this parasitic plague would be condemned to history like all other societal ills and put firmly under lock and key never to be opened again to infect our people, a people who deserve much better.