Foreign vulture funds are swooping in to take advantage of renters hit hard by the COVID19 lockdown! Homelessness will rise as the government do nothing to help vulnerable Irish families.

Greedy vulture funds were swooping within hours of the ban being lifted last night to try and evict fully paid-up tenants from their homes.

And one, a man with a young family, gave the Irish Mirror a message for new Housing Minister Darragh O’Brien.

He said he feels he is “just a number and not a person” when it comes to dealing with his landlords and appealed to the minister to think of the children caught up in evictions.

He added he has not missed a rent payment in 11 years, he and his wife both work, his children attend local schools and he is set to suffer what he calls a “no-fault eviction”.

In his message to Mr O’Brien, Stephen said: “This housing situation is getting worse, it’s affecting more and more people, putting regular working people under additional stress and it’s going to affect our children even more. 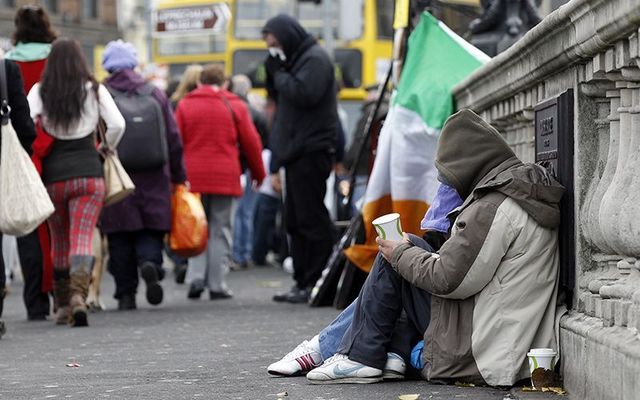 “I know you will say you want to fix the problems but the question we have to ask is – what sort of society do we want to live in, do we really impose a precariat society on our children, so even if they do everything right they are still going to be screwed.

“Basically do you really want to fix this?”

Residents at St Helen’s Court in Dun Laoghaire received emails on Friday from their landlords asking them: “What time would suit you for final inspection on Monday?”

This was another way of saying they were being evicted and the landlords wanted them out as soon as was legally possible.

On Monday night, Housing Minister Darragh O’Brien had not signed into law an extension of the Covid evictions ban.

But sources told the Irish Mirror that he was trying to get in touch with Micheál Martin at an EU Summit to get the legislation required passed incorporeally, over the phone.

But even if a new moratorium is introduced, it will not help tenants like those in St Helen’s and will only see the can kicked down the road for a few more weeks or months.

Nevertheless, the landlords were stepping up their enforcement actions yesterday.

One renter, Stephen, at the end of his wits, spoke exclusively to the Irish Mirror.

He and his partner have two children, aged 12 and 7, who are going to school locally and Stephen is looking desperately for a place near to where they are.

But Covid has made this nearly impossible and he and his family are now facing homelessness.

He told the Mirror last night: “It’s as if you’re just a number, not a person, it’s like a bad joke.

“I am trying to do my best to get out of here and I understand the landlord’s position, but it is getting really, really distressing.”