Ten babies, some of them days old, have been killed in a fire at a hospital in India as members of staff rushed to evacuate the ward early on Saturday.

Seven infants were rescued from the blaze before firefighters arrived at the Bhandara District Hospital in the western state of Maharashtra.

The cause of the fire is not yet known and an investigation is under way.

State health minister Rajesh Tope said initial evidence suggested it might have been caused by a short circuit. 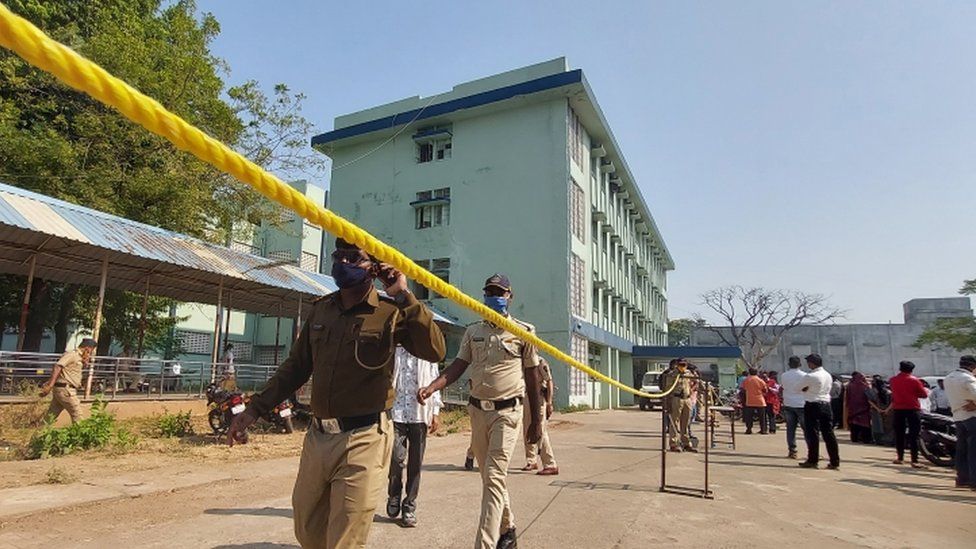 The fire started at about 02:00 local time (20:30 GMT Friday), according to hospital officials.

Rescue efforts were hampered by continuous blasts inside the ward, local media report. One nurse on duty said she alerted the authorities after seeing smoke streaming out of the hospital's Newborn Care Unit.

Some of the babies were only a few days old, and the oldest three months.