Trump In Heated Battle For Georgia

Georgia once a conservative heartland is now a hotly contested swing state. Where does this leave Trump's aspirations to Keep America Great? Only time will tell.

Early Wednesday, Donald Trump prematurely claimed he carried Georgia - and several other states that were too early to call.

Joe Biden, on Wednesday, spoke on the election results and told the crowd: "We're still in the game in Georgia, although that's not one we expected."

The battleground state of Georgia is rapidly closing in on the finish line as the state counts its final votes.

Fulton County, the state’s largest and home to Atlanta, has just 10,000 absentee ballots left to go, according to CNN. 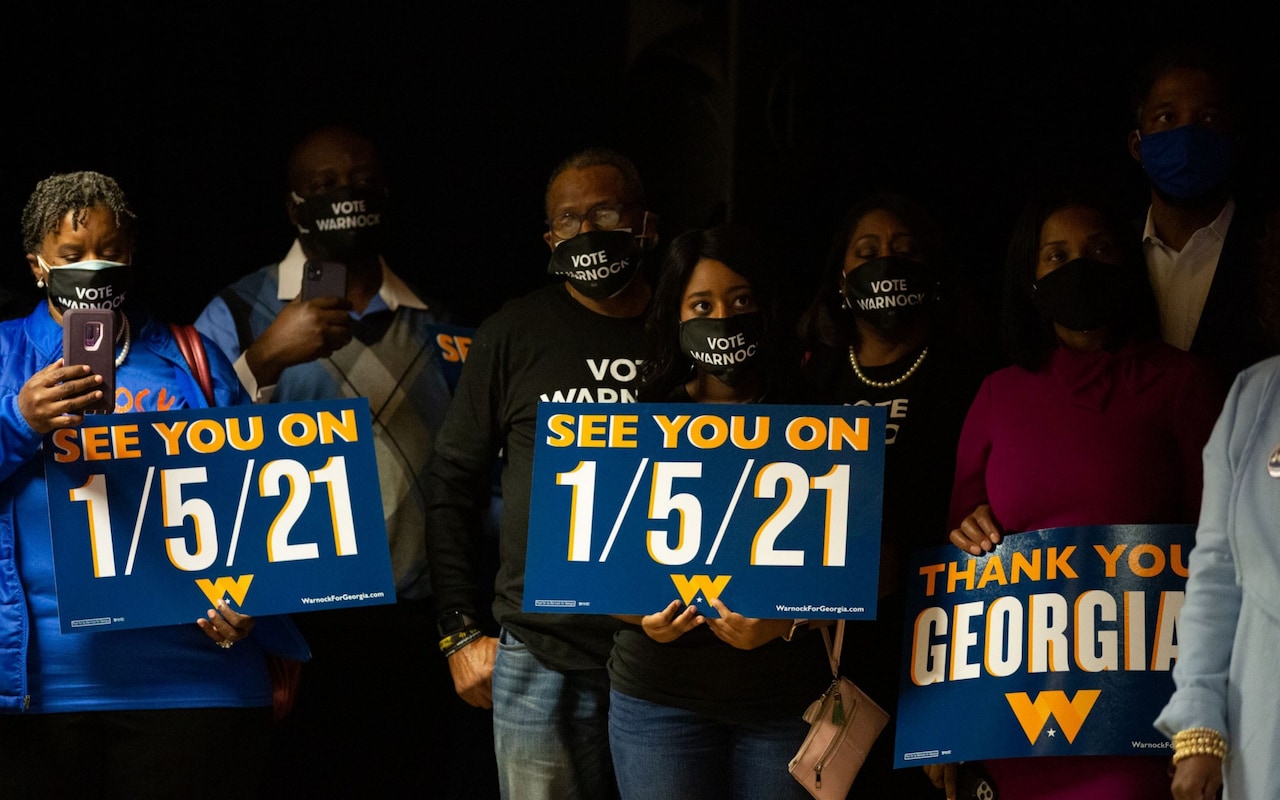 An average of 3,000 votes are counted each hour in the county, which continued its push through the night. All in-person votes have been counted and only the absentee votes remain.

The area is a Democratic stronghold and holds the potential of tipping the state. Currently, Donald Trump is leading with 49.6 per cent, while Joe Biden has 49.1 per cent of the vote.

Mr Biden is overperforming Hillary Clinton's 2016 showing in those counties, including in their more upscale suburban reaches.

In Georgia, Republican Sen. Kelly Loeffler and Democrat Raphael Warnock have advanced to a January 5 runoff in the special election for Ms Loeffler's Senate seat.

They're the top two finishers in a crowded field that also included Republican Rep. Doug Collins. But no candidate was able to get the 50 per cent threshold needed in order to win outright.

When will we know who has won the US election?

Georgia is not obvious Biden country. This is the Deep South. No Democrat has taken the state in a presidential election since Bill Clinton 28 years ago.

Georgia joined the Confederacy when it split from the Union. It is deeply religious and deeply conservative. For decades it has been redder than red.

But now the cracks are showing. Polls have had Mr Biden and Donald Trump neck-and-neck in the state. Current reports put Trump with a slim lead of 49.6 per cent to Biden's 49.2 per cent, with 95 per cent of expected votes counted.

A week before election day almost three million people had voted early in Georgia, closing in on 2016’s total of a little over four million. The remarkable turnout surge has Democrats optimistic.

What issues are at play?

The battle for Georgia boils down to urban versus rural. The Democrats want to rack up votes in the cities and hope that can outweigh the overwhelmingly pro-Trump countryside.

When Mr Biden delivered his speech in Warm Springs, Georgia, he likened today’s crises - a pandemic and an economic crash - to those faced by Franklin D Roosevelt, the former US president and Democratic Party titan, who led America through the Great Depression and World War Two.

When is a result likely?

With several contests still too early to call, and the Georgia senate race heading to a January runoff, the final verdict is expected to drag on.