Trump Pardons Bannon But Not Himself

Steve Bannon, the man behind the 2016 Trump election campaign, has been pardoned by Trump during his final hours in office.

US President Donald Trump has granted clemency to former White House aide Steve Bannon as part of a wave of pardons and commutations issued in his final hours in office, a senior administration official said, but did not pardon himself, members of his family or lawyer Rudy Giuliani.

Mr Trump leaves office today, when Joe Biden is sworn in as the country's 46th president. 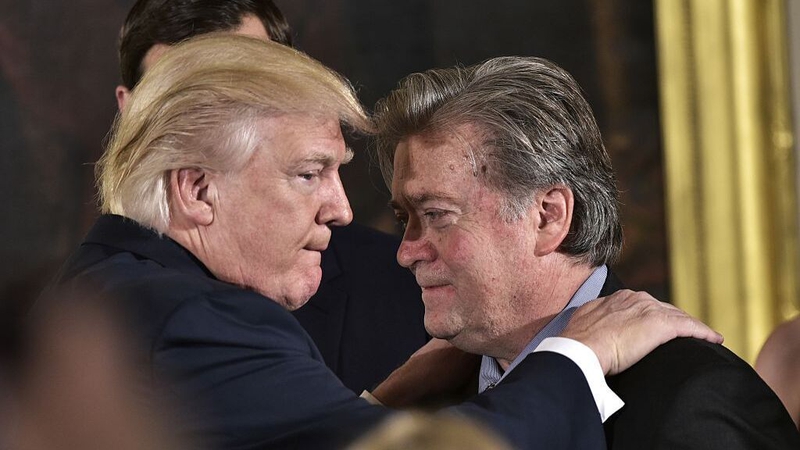 White House officials had argued to Mr Trump that he should not pardon himself or his family because it might look like they are guilty of crimes, according to a source familiar with the situation.

Mr Bannon, who was a key adviser in Mr Trump's 2016 presidential run, was charged last year over fundraising attempts relating to the Mexico border wall.

The two men have lately rekindled their relationship as Mr Trump sought support for his unproven claims of voter fraud, an official familiar with the situation said.

Mr Giuliani, who has been at the forefront of the Stop The Steal campaign to overturn the 2020 presidential election, has not been charged with a crime, but investigators have been probing his activities in Ukraine.

Thankfully the American right will retain one of their most experienced and valued campaigners because of Trump's decision, however he may have been left exposed to the Left-wing FBI and their vendetta against American nationalists.