Trump's supporters are swarming the Capitol to "stop the steal" after allegations that the election was stolen from Donald Trump.

Several crowds stormed barricades outside Congress, where lawmakers are convening to vote on the certification of the Electoral College of the 2020 presidential election. The Library of Congress has been evacuated amid violent clashes. 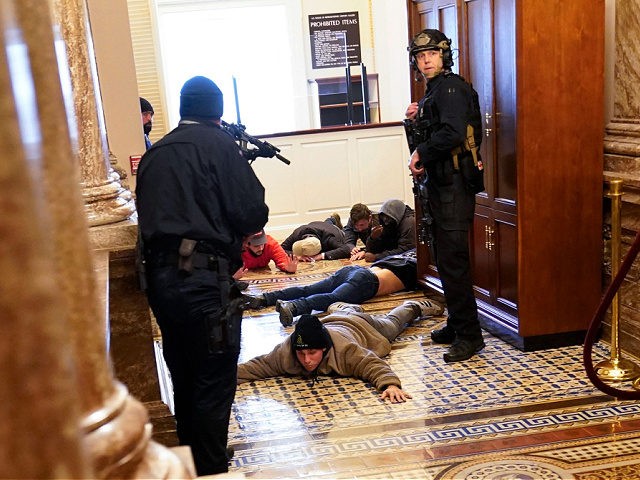 Police have shot and killed a female veteran after she tried to enter the building.

The woman who was shot in the neck and killed inside the Capitol building on Wednesday afternoon has been identified as Ashli Babbitt, a 14-year veteran who served four tours with the U.S. Airforce.

Ashli Babbitt, who was shot and killed inside the U.S. Capitol building during protests on Wednesday, was from San Diego, California, according to KUSI News, who spoke to Babbitt’s husband on Wednesday.

The report added that Babbitt was a 14-year veteran who served four tours with the U.S. Airforce and was a high-level security officer throughout her time in service.

#KUSINews has confirmed the identity of the woman shot and killed inside US Capitol.

Her husband told KUSI News that she was a strong supporter of President Donald Trump and was a great patriot to all who knew her.

The Metropolitan police department said that an investigation into Babbitt’s death is still underway.

On Wednesday afternoon, two graphic videos surfaced on social media, which showed Babbitt bleeding out of her neck after appearing to have been shot inside the Capitol. Paramedics were seen trying to place her on a stretcher.