U.N. Globalists Side With Antifa Terrorists Over U.S. Government!!!

U.N. globalists have sided with Far Left communist scum, claiming that Trump's attempts to designate Antifa as a terrorist group infringes on their right to free expression.

On Friday, the United Nations Office at Geneva (UNOG) posted the flag of Antifa on their official Twitter account, saying that a group of  human rights “experts” at the globalist organisation had expressed “profound concern over a recent statement by the U.S. Attorney-General describing Antifa and other anti-fascist activists as domestic terrorists, saying it undermines the rights to freedom of expression and of peaceful assembly in the country.”

One expert cited in the statement from the United Nations was Fionnuala Ní Aoláin, the UN Special Rapporteur on the promotion and protection of human rights and fundamental freedoms while countering terrorism, who also works as the Board Chair of the Open Society Foundations Women Program — OSF being the plaything of left-liberal billionaire activist George Soros. 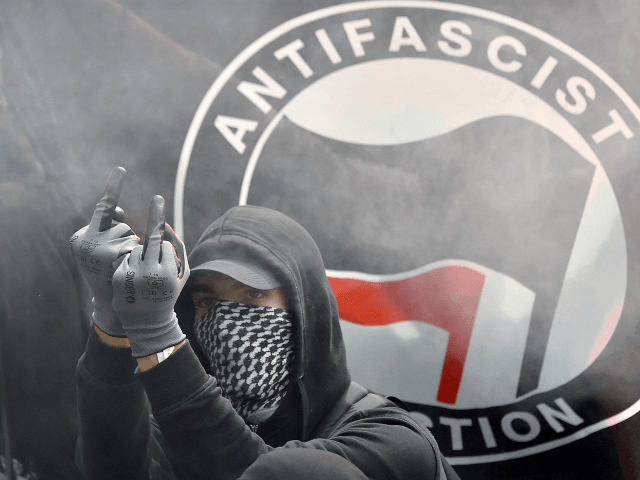 “International human rights law protects the right to freedom of expression, association and peaceful assembly,” said Ní Aoláin, adding that it was “regrettable that the United States has chosen to respond to the protests in a manner that undermines these fundamental rights.”

The support from the UN for the far-left group came in response to U.S. Attorney-General William Barr’s statement that violence committed by Antifa “is domestic terrorism and will be treated accordingly”.

Though there has been no legal action taken since President Trump’s announcement that the U.S. will designate the group as a terrorist organisation, Ní Aoláin said that “the loose use of terrorism rhetoric undermines legitimate protests and dampens freedom of expression in the United States, which has been a hallmark of U.S. constitutional values, and a beacon far beyond its shores”.

The United Nations’ criticism of the Trump Administration’s rhetoric on Antifa sparked widespread ridicule, with many calling for the U.S. to defund the international body — mimicking the leftist movement to defund the police. 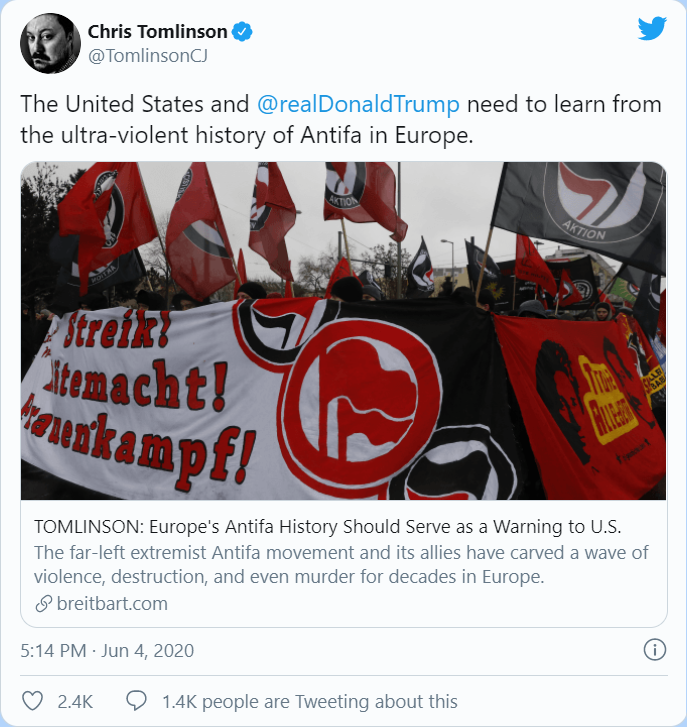 Despite the United Nations’ reference to Antifa’s “alleged” violence, its penchant for resorting to unlawful use of force is well-documented.

For example, Antifa supporters appeared to play a part in recent riots in the United States over the death of George Floyd, prompting the Attorney-General to move towards designating it as a terrorist organisation in the first place.

On Tuesday, meanwhile, at least 24 people clad in Antifa’s signature “Black Bloc” uniform were arrested after violently clashing with police in France.

In May, two Antifa members had been arrested for allegedly acquiring firearms in order to murder police in the French city of Lyon.

An Antifa flag was also at the forefront of one of the early Black Lives Matter “protests” at the gates of Downing Street in London. Such protests the British capital have become increasingly violent as the month has progressed.

Commenting on a violent Antifa demonstration in Germany in May, journalist and Antifa-watcher Andy Ngo — who was himself a victim of Antifa violence last year — told Breitbart London: “Observe how Antifa and far-left demonstrators who defy virus health guidelines, sometimes violently, haven’t been treated with the same public contempt as conservative protesters asking for states to open up.”

“In Chicago, they terrorised children inside a migrant facility on May Day when they attacked the building,” Ngo continued.

“Far-left extremists are empowered to be violent by the legitimacy and pass given to them by mainstream society and media,” he concluded.