George Orwell's 1984 is coming into fruition, as Tánaiste Leo Varadkar confirms the roll-out of a vaccine passport for Ireland.

He said the Government would introduce “additional measures for the fully vaccinated, more freedoms for those who have been vaccinated”. He added: “We are developing a digital green certificate vaccine pass, so you’ll be able to prove that you’re fully vaccinated.”

Mr Varadkar made the comments in a video posted to social media on Easter Monday, as he hailed Ireland’s progress in the battle against Covid-19. The Tánaiste said Ireland’s vaccination programme is set to accelerate in the coming weeks, telling the public: “We’re going to surprise you.”

The vaccination rollout in Ireland has been beset by problems, with criticisms over its speed, issues with deliveries from manufacturers and controversy over queue skipping. 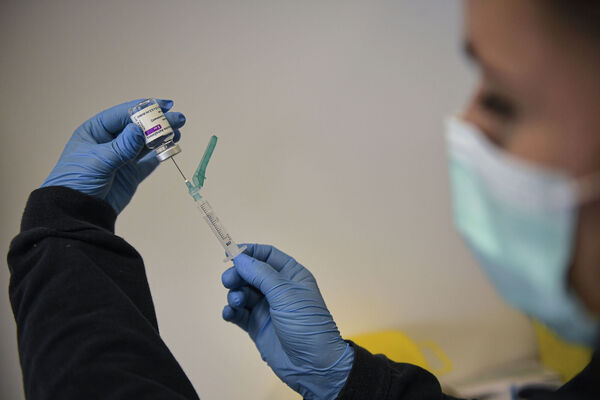 But Friday saw 30,500 doses administered, the single-day record total since the rollout began.

Ireland is now on course to pass the one million doses mark this week, and Mr Varadkar has promised the rollout will be “accelerated in coming weeks”. He said: “We anticipate that by the middle of May the majority of adults will have had their first dose, and the over 70s will have been fully vaccinated. “And by the end of June the vast, vast majority, more than 80% of people, will have been offered the first dose.

“We’d hope to do even better than that as well and many will have their second dose too. “So you know, really the acceleration phase, the ramp up phase is April, May and June. “With the addition of the fourth vaccine, the single dose Johnson and Johnson vaccine that gets a little bit easier still.

I know a lot of people might feel that they’re never going to get vaccinated. We’re going to surprise you. “Like I say most adults will have had their first dose by the end of May, that’s not too far away.”

The more the vaccination programme progresses, the more options the Government will have to reopen the country, Mr Varadkar said. “Lots of people, the most vulnerable, will be fully vaccinated at that point (end of May), and that allows us to make choices about reopening the country that we couldn’t make last week” he said.

Mr Varadkar said that if the numbers continue to go in the right direction, the Government will examine the reopening of non-essential retail and personal services such as hairdressers and barbers in May. Religious services, contact sports, museums, galleries and libraries will also be “in the mix” by then, he said.

There were 320 additional confirmed cases of Covid-19 in Ireland on Monday, the Department of Health said. There were no deaths linked to the coronavirus in the past 24-hour period for the first time since late December.