What will the public remember when ( if) the pandemic subsides and a return to 'normal' services? Ciaran Tierney of the Irish Central tells us his views.

When all of this is over, will we remember...

The rich people who flew all over the world so that poor people could die.

The 17-year old denied treatment at an urgent care center in California because he did not have health insurance in the richest country in the world?

The horse racing officials who thought it was fine for 250,000 people from all over Britain and Ireland to mix, drink and mingle at Cheltenham Racecourse, right at the outset of a pandemic.

The Taoiseach (or Prime Minister) who claimed workers were asking to be laid off because the Government was paying them so much (€350 per week) in emergency welfare. Because, you know, poor people are lazy and don’t really like to get up in the morning.

The politicians, “celebrities”, and “royals” tested so quickly; while no test kits or even basic equipment to deal with patients was available to doctors, nurses, and carers on the front line. 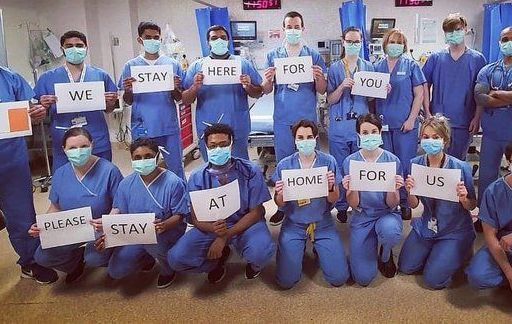 The Irish TV presenter who got his results back while a doctor missed seven shifts, forced to stay away from her public hospital due to worry that she had contracted COVID-19.

The deliberate downgrading of a public health service that had been in crisis for decades, while handsome grants were provided for the building of private hospitals.

The landlord who reckoned it was a good time to rent out a shared room to two single people in Galway City, for €400 per month per person.

The Dublin landlord, who owns at least three properties, ruling out a temporary rent freeze for his tenants who had just lost their jobs.

The Irish health service worker forced to leave her accommodation by another landlord... because of her job.

The rich state in the world’s richest country which painted out social distancing markings for homeless people to sleep in boxes in an outdoor car park, while dozens of hotels lay empty nearby.

Mr Tierney doesn't hold back or does he? As is typical for journalists he cherry picks with a leftist collection bag all the causes that suit his own agenda while omitting the fact that Irish and doctors have gone abroad in search of a career, that the country is swamped with continuous mass migration to the detriment of our own people, he also neglects the plight of 1000 babies murdered per month in abortion, the inculcation of our youth with LBGT propaganda.

Mr Tierney is correct on some perspectives but myopic, as per usual, as to the entire landscape.