Who's Funding The Trans Industry?

Who is really funding the Transgender ideology in Ireland and why is this poison being forced into our schools and universities at breakneck speed? 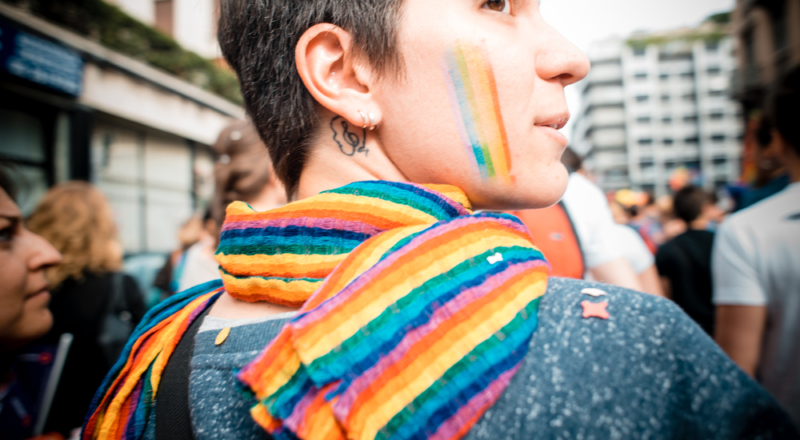 The past decade has witnessed a renaissance for Irish trans activism culminating in the Gender Recognition Act of 2015, which arguably effectuated the world’s most permissive transgender recognition regime. Facilitating ‘self-recognition’ with no questions asked for individuals over the age of 18, and similar protocols with some medical supervision for 16 to 18 year olds, the Act has not been without controversy. There has been the recent issue of a male-bodied person being placed in a female prison, although certain mishaps were kept hidden from the public eye through the use of strategic media injunctions.

The legal stampede towards liberalisation commenced with a 2007 ruling on the Lydia Foy case by the European Court of Human Rights (ECHR). Foy is a trans woman who desired recognition by the State, and who initially had her case turned down by the Irish High Court before heading to Brussels. This precipitated the creation of an Advisory Group on transgender laws in 2010, which laid the groundwork for the Gender Recognition Act.

Front and centre in the march towards transgender militancy entering the mainstream has been the Transgender Equality Network Ireland (TENI), an NGO founded in 2006. According to records maintained by the Standards in Public Office (SIPO), TENI remains one of the country’s most active and influential lobby groups, with 36 official instances since 2016 of lobbying documented. To put this in perspective, Facebook is listed as having lobbied the Irish Government on only 35 occasions since 2016.

Easily the nation’s most prolific organ of trans activism, TENI liases regularly with state officials, even lobbying for the introduction of hate speech legislation. Among the many issues on the group’s plate is campaigning for a simplification in the rules in allowing children under 16 to legally transition, having been placed in a ‘review group’ with the Department of Children to advise such a change.

More recently TENI was involved in the launch of the organisation Le Chéile, a group set to combat the rise of the far right in Ireland and which has been spearheading numerous initiatives with the State involving trans policy, education and workplace issues. Alongside this, it partners with a variety of corporate entities to promote trans rights in the workplace, from Bank of Ireland to the pharmaceutical giant Bristol Myers Squibb. 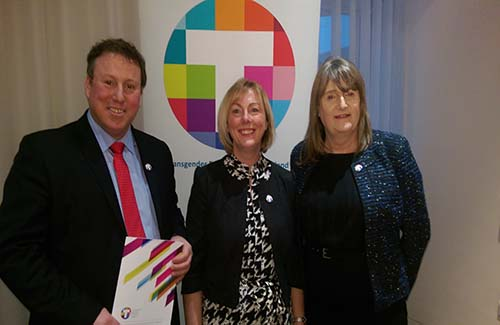 Questions about the groups finances have been raised before, with TENI rather unusually being unable to complete a normal financial audit, as mentioned in their 2019 annual report. This is apparently due to what their finance director Denis O’Brien then described as ‘circumstances beyond our control’.

With a board of directors drawing on former senior staff of Google to socialist activists, it packs some serious firepower in the world of Irish NGOs.

With at least five people employed full time, as well as some remarkable soft power connections into the state and private sector, such an accounting slip-up is perhaps worth examining, especially in light of other LGBT charities such as the now infamous GLEN Ireland sinking due to financial mismanagement in recent years.

Under Freedom of Information and online research we can reveal their partial funding using a variety of public and private sources. It should be noted that due to the fact TENI doesn’t have public accounts this is likely only a percentage of their total spend.

Under accounts sent to us per Freedom of Information, the Health Service Executive alone has given TENI Ireland a total of just over €1.3 million between the years of 2014 and 2020.

Sent in various troughs, the money was earmarked for a variety of what are described as being social inclusion and mental health projects. Of particular interest are the funds directed towards ‘GIST’ or ‘Gender Identity and Skills Training’, which is designed to train various health staff in dealing with trans issues, as per the TENI website.

Similarly in November, this publication revealed under Freedom of Information that TENI had benefited to the tune of €30,000 from a Department of Children quango chaired by Una Mullaly. One which a senior TENI member also sat on, and one which will define the LGBT educational programme for Irish children in the years to come. The total spend for the quango came in at €840,000; doled out to various LGBT pressure and advocacy groups over a three-year period.

TENI, as per the HSE accounts, received just over €240,000 in what is described as the Dormant Accounts Fund, basically unclaimed monies from bank accounts left unused after 15 years and are reclaimed by the State. It is also known that TENI has received a minimum of €125,000 from the rather curious philanthropic fund, Rethink Ireland.

Rethink came to the attention of The Burkean last year for its funding of anti-racist posters around Ireland, and their desire to match funding, euro for euro, toward projects which receive assistance from the Dormant Accounts Fund.

According to the 2019 financial report for Rethink Ireland, TENI received €125,000 for its ‘Super Women’ project, inaugurated to promote trans women within the workplace. While the full financial support from Rethink to TENI is unknown, it is not unreasonable to assume that TENI’s other projects also had their funding matched by Rethink, leaving the trans advocacy group with a total additional windfall of up to €240,000.

Not the only trans NGO to have their coffers filled by the Dormant Accounts scheme, €200,000 per annum are normally earmarked for trans and LGBT services and advocacy groups by the Department of Rural and Community Development.

A philanthropic fund drawing on corporate as well as public sector funding through the Dormant Accounts Scheme, Rethink Ireland came to prominence recently for their commitment to support ‘social inclusion projects’ around topics of diversity in the wake of last year’s Black Live Matter mania to the tune of €3 million. 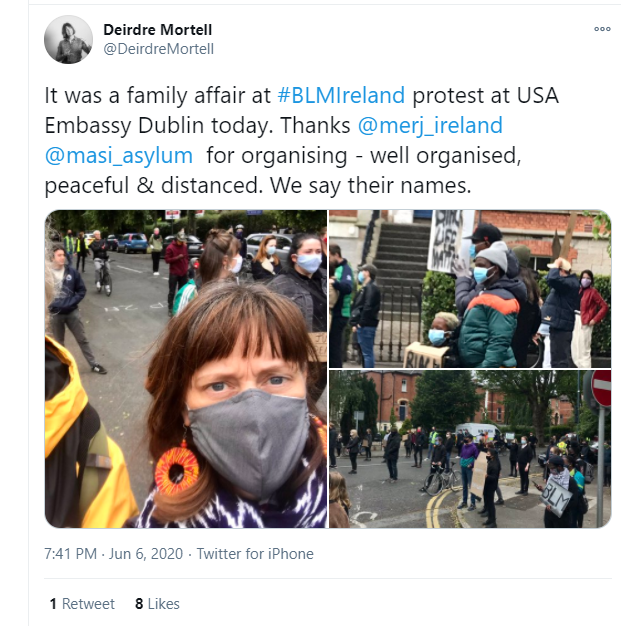 Staffed by TCD gender studies graduate Deirdre Mortell, formerly a board director for Uplift Ireland, most prominent among its corporate backers are Bank of America, Zurich Insurance, and Google. With a cashflow listed as €12.9 million annually, and looking to multiply, the funds given to TENI were just a drop in the ocean.

Through a Freedom of Information request this author was able to ascertain that TENI had received a total of €44,000 from the State’s educational charity Léargas, as well as just over €21,000 from the Irish Human Rights and Equality Commission, with a TENI staff member receiving a bursary to pursue a human right diploma through grants given. Additional TENI was also the recipient of just under €25,000 since 2018 from the State’s community support agency Pobal.

Among the names listed in TENI’s 2019 Annual Report as financial supporters is the UK-based Sigrid Rausing Trust, founded and operated by the Swedish heiress and proprietor of Granta Books, Sigrid Rausing. A daughter of the exorbitantly wealthy Rausing dynasty of Jewish industrialists, which made its money through the food packaging firm Tetra Pak, were known for their controversial economic support for the Soviet Union, and which Forbes magazine listed as having an accumulated fortune in the region of $12 Billion.

Among other sources of philanthropic funding from the Sigrid Rausing Trust is the controversial antifascist organisation Hope Not Hate, which according to media reports had received just under €700,000 from the Trust. 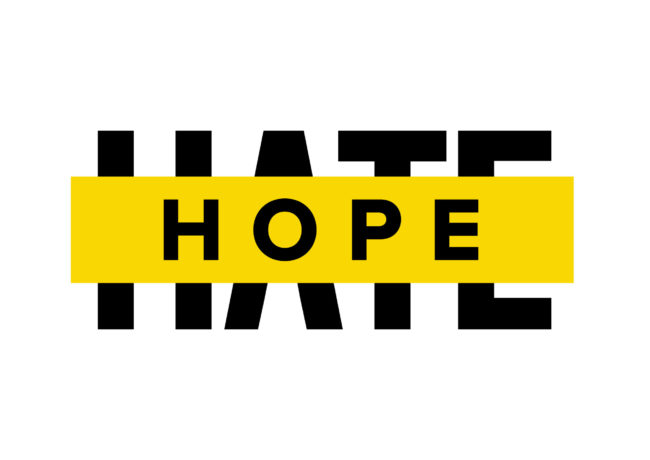 According to the Trust’s website, TENI has been the source of over €450,000 in grants from the Trust since 2014. Among other Irish benefactors from Sigrid Rausing is the Irish Council for Civil Liberties, listed as receiving in the region of €1.3 million since 2015, an active campaign group for gay marriage, abortion and hate speech. More recently the Irish Council for Civil Liberties has garnered attention for its calls for more restrictive hate speech legislation, and for protest exclusion zones around Irish hospitals by pro-life campaigners.

In a 2015 Interview with the Irish Times, while avoiding the label left-wing, Rausing voiced her support for the ruling Swedish Social Democrats, and support for the legalisation of same sex marriage in Ireland which many NGOs that her Trust funded were campaigning for. Not the only international billionaire throwing their weight around in the same sex marriage referendum, the then multi-billionare Chuck Feeney became prominent for his monetary assistance to the push for a Yes Vote through various organisations and funds.

It should be mentioned while giving a general scope in terms of scale, the aforementioned sources are not the entirety of TENI’s funding. In addition neither is TENI the only voice for trans lobbying, with the similarly orientated LGBT charity Belong To operating in the same field.

Receiving just over €1.3 million from various state bodies from Pobal to Tusla, the child protection agency is tasked with providing LGBT services as well as lobbying on behalf of gay and trans people, specifically dealing with school-aged LGBT pupils. 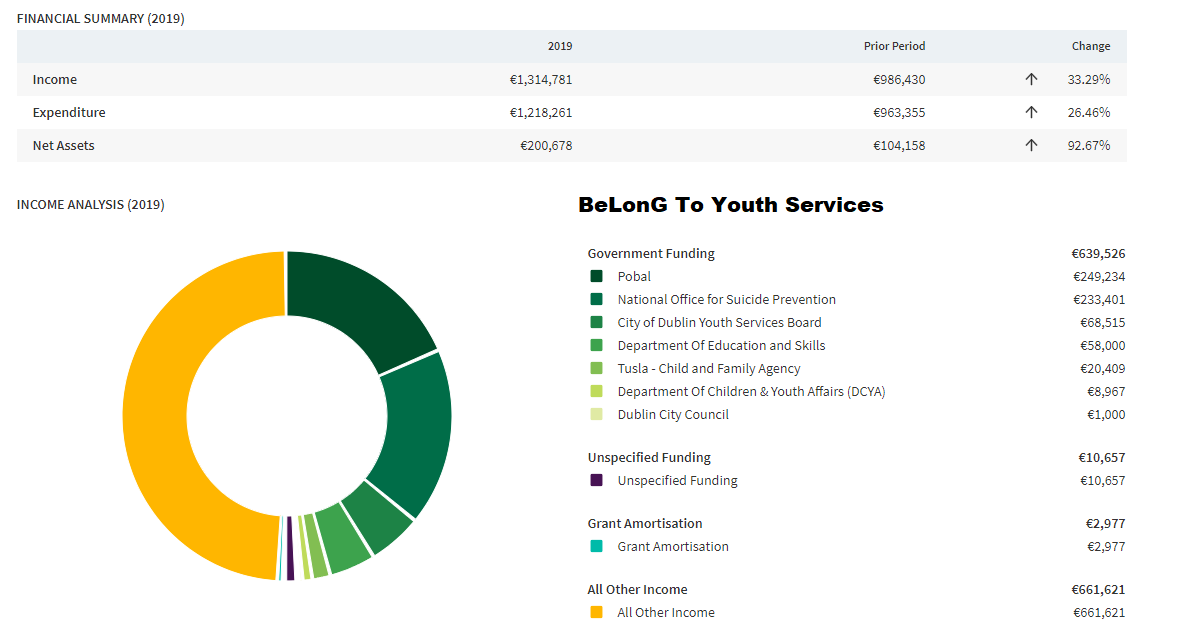 Overall, while there is no evidence of financial impropriety on first glance, other than a failure to provide a valid audit, the rather diverse and scale of funding for TENI Ireland begs some questions. Namely how did what is essentially a political lobbying vehicle for the trans industry grow to such a gargantuan size and tie itself into every level of Irish society?

As this publication has made a point in exclaiming, organisations like TENI exist at a perfect intersection between the corporate world and left-wing activism and act as a catalyst for reforms and changes to legislation. Such changes which would otherwise would be rejected by the majority of the electorate if they were put to a simple ballot. What we see here in merely the trans lobby with its millions in diversified corporate and public funding, is replicated in Ireland’s vociferous open borders and hate speech lobbies, essentially acting as a shadow government behind the day to day workings of the Irish State.

From American corporate banks to Swedish industrialists, to the very pockets of Mr and Mrs taxpayer, TENI Ireland draws on a variety of funding sources for its sustenance, with some more maybe hiding further in the shadows. One thing that is absolutely certain however, is the artificial nature of the transgender lobby in this country, and how it is brought about entirely by elite design and by a cadre of well-monied activists.