Yeah But We Did IT Too

But the Irish emigrated to many countries, therefore we should welcome migrants to Ireland! a canard that is used habitually by progressives and communists to promote mass migration.

This can be summarised in the equation If X =A and Y=X then Y=A. This could be translated as the migrant Irish ( or X) emigrated to other nations ( A) in the past, and non-Irish migrants( Y) are no different to migrant Irish (X), then non Irish migrants should be able to emigrate to other nations (A) in the present. Migrant proponents tend to discredit their nationalist opponents by claiming that by being anti-immigration is a form of hypocrisy given that some of our ancestors performed the same action as present-day migrants pursue today. It is an appeal to fairness. Our folk went to other countries, therefore other folk should be allowed come here. Although this argument may sound quite rational it has major flaws. The glaring flaw derives from faulty reasoning in the form of an informal logical fallacy known as tu quoque . Tu quoque ( translated from Latin as you also) s a type of ad hominem argument in the form of an accusation of hypocrisy which doesn’t address the claim being made, instead focuses on the behaviour of the claimant thus creating a logical fallacy. 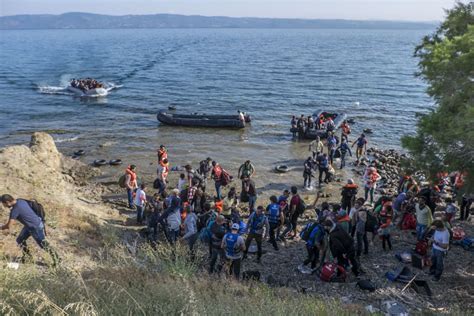 The reason it is fallacious can be analogised thus. A mother, who smokes 50 cigarettes day, one morning catches her 13-year-old son smoking in the shed. The mother reprimands the child for smoking informing her son that smoking is very bad and so the child haughtily responds “yeah, but you do it so why can’t I?” This is the quintessential defence employed by teenagers around the world. But where is the fallacy in reasoning? The fallacy is such that it attempts to vitiate the truth claim (that smoking is harmful) made by the mother on the grounds that the mother smokes. The issue is that the mother may be a hypocrite and continues to smoke knowing the action is harmful but her doing so doesn’t render the quality of the action itself -smoking cigarettes that contain toxins-harmless.

The fallacy can be applied to international law with the circumstances of the Klaus Barbie trial as a good illustration. Barbie, a Nazi war criminal (known by the moniker, the butcher of Lyon) had committed barbaric crimes against the French during world war II. Consequently Barbie’s defence team forwarded the tu quoque claim that the French State had used barbarity in their war against individuals in the Algerian war of independence and therefore lose any moral claim to prosecute a Nazi war criminal for doing the same against the French people during the world war. However, the tribunal ruled against Barbie on the grounds that the French may have been hypocrites, but it doesn’t abrogate the transgressional quality of the act committed by Barbie on other human beings. Barbie’s actions, according to international standards, were considered wrong on the merits of his actions alone without having to evaluate them juxtaposed with the distinct transactional behaviours of the French Government.

What so is the quality of the act of migration? Is it wrong for example to flee persecution? International jurisprudence would argue that such evasion to a third country for protection is a valued tenet of international law. However, persecution is narrowly defined. The International Criminal Court (ICC) Statute defines persecution as “the intentional and severe deprivation of fundamental rights contrary to international law by reason of the identity of the group or collectivity” (Art. 7.2.g of ICC Statute). While the ICTY Trial Chamber in Vasiljevic (29 November 2002), considered that the act or omission constituting the crime of persecution may assume various forms, there is no comprehensive list of what acts can amount to persecution (para. 246). 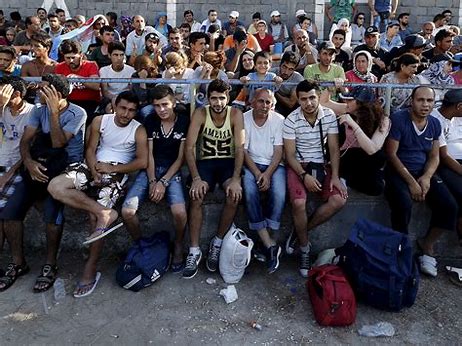 However, migrants, as opposed to bona fide asylum seekers with legitimate cases, choose to move not because of a direct threat of persecution or death, but motivated by self-interest. The self-interest is manifest in selfish desire to locate work for their own benefit, to access to education or other factors that facilitate upward social mobility etc. Despite the availability of complementary protection ( when an asylum seeker does not qualify as a refugee he can avail of subsidiary protection if by returning to his home country will result in him facing a real risk of suffering serious harm i.e. death penalty, torture etc). The reality is that most migrants face no such serious risk by returning to their native countries. If they choose to repatriate, they will continue to receive the protection of their government and as such are not deserving of international protection as they exited their country for economic purposes, not political motives.

Returning to the issue of self interest is key. Irish people also have self interest to care for their kith and kin and there are finite resources, in Government coffers, to provide for those needs. It stands to reasons that if foreigners, motivated by economic and social self-interest, are permitted to draw from an exhaustible pool of resources, it is logical to conclude that others, or Irish people, will have to compete and be potentially denied, at the same time, to those scarce funds. I offer no tu quoque argument to support the reasonable claim that it is appropriate to care and provide for those we have immediate responsibility over and duty towards, i.e. Irish people ( real Irish not those labelled as Irish on the production of a certificate of paper) over people of other lands. Their Governments equally have a primary duty and responsibility to them over us, and so it should be.

In addition, and another absurdity implied in the claim is to assume that all acts done in the past are morally acceptable to be performed in the present. Irish pirates for example raided the shores of Britain in the 4th century ( e.g. St Patrick was enslaved by such), does that mean because Irish people committed piracy in the past, that non Irish can commit piracy on the Irish in the present? It is the same logic employed by the progressives and communists?

Finally, and part referencing the penultimate argument of duty and responsibility, we nationalists have a further self-interest beyond mere survival in the present but also a desire to perpetuate our people into the future. Those Irish who went abroad in the past in search of a better life or to escape persecution did so not only in climates of hostility and the absence of welfare but to ensure survival of their people, albeit abroad. The progressive might say, isn’t that what some non-Irish migrants are doing? Yes, but as a nationalist my interest is solely in the survival of the Irish no different to a father wanting his daughter to survive over his neighbours daughter. Duty and responsibility are attached to those who have rights to receive them over and above other competing interest holders.

A Nigerian nationalist, I am certain, would ensure the survival of his people over and above the survival of an interloper why? Because it is kin selection in action. It is why humans evolved to protect their kith and kin over competitors to ensure propagation of their familial genetic information. As nationalists we support any effort of our ancestors to survive at the expense of all others past, present or future without according non-Irish the same opportunities, why? Because any opportunity afforded to non-Irish to prosper is de facto permission to compete for scarce finite resources that could result in a negative outcome for Irish people.

While progressives and communists call for open borders, a policy which will dilute Irish culture and negatively affect our rates for survival, they unwittingly not only commit suicide but take us, our heritage and culture with them. They can do whatever they want to themselves but they have no right to destroy what is not theirs, our people and culture. We, as all previous generations are nothing but custodians of what was earned in the past, we have no right to dispense with it, or worse, give it away.