You Shall Not Pass

The new emergency legislation went into force last night with legal effect, retraining many fundamental rights including but not limited to rights of personal liberty ( including freedom of movement), freedom of association and assembly.

The unelected government of the Republic of Ireland has decreed that severe restrictions would be put in place with the immediate effect of suspending various fundamental rights owed to every Irish citizen under the Constitution. The civic rationale given for the imposition of these laws is an attempt to curtail the spread of the COVID19 virus by limiting movement and association. The legal basis is pursuant to Article 28 of the Constitution which provides that rights can be suspended in a time of national emergency.

The courts have ruled that it is normal for the constitution of a democratic state to contain provisions enabling the legislature to pass measures in time of actual or impending national emergency, AND preventing the provisions of that constitution from being invoked against such measures.

It has been argued in a previous Supreme Court decision ( Re Article 26 and the Emergency Powers Bill 1978) that it was the intention of the Irish people, when enacting the Constitution of 1937, that in times of war or armed rebellion, the legislating chambers would have the power to make measures which might otherwise be an infringement of the Constitution. That power was deliberately entrusted by the people to the Oireachtas. According to justice  O'Byrne J. in  'Sullivan v. Robinson' , A constitution is to be "liberally construed so as to carry into effect the intentions of the people as embodied therein". According to the court in RE Article 26 the  intention of both Houses of the Oireachtas was to ensure that the Constitution might not be invoked to invalidate the emergency powers bill unless , the bill was considered, prime facie (on its face), repugnant to the provisions of the Constitution. 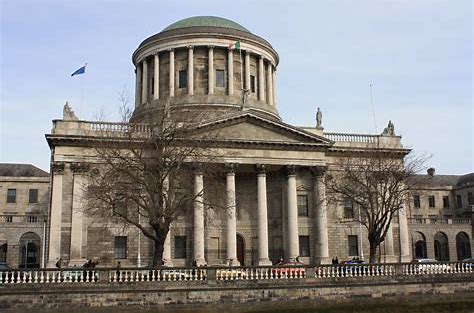 While the Court must apply the presumption of constitutionality to a statute passed in the normal way by the Oireachtas,  it must similarly presume that the legislature has acted in good faith in doing so. The key here is 'good faith'.

According to Article 28, s. 3, sub-s. 3, of the Constitution it stipulates that nothing in the Constitution shall be invoked to invalidate any "law enacted" by the national parliament which is expressed to be for the purpose of securing the public safety and the preservation of the State in time of war or armed rebellion, and that the phrase "time of war" includes a time when there is taking place an armed conflict in which the State is not a participant but in respect of which each of the Houses of the national parliament shall have resolved that, arising out of such armed conflict, a national emergency exists affecting the vital interests of the State.

To determine whether a national emergency is taking place is decided by the Legislature on the advice of the Executive. However these constititional provisions are narrowly tailored given the infringements on basic fundamental rights. These constitutional provisions are applicable to three types of situation being(a) where the State itself is at war; (b) where an armed rebellion against its authority is taking place and (c) where an armed conflict is taking place in which the State is not a participant, but in respect of which each House of the Oireachtas has resolved that a national emergency exists affecting the vital interests of the State.

While constitutional interpretation espouses that emergency legislation can't be referred to the courts to determine its validity ( which is quite a dangerous principle open to misuse), the threat is tempered by the principle of 'good faith'. In this instance. the unelected provisional government I would argue is NOT acting in good faith given the measures have been adopted to curtail the spread of a pandemic, and therefore does not fall within the three types of war related situations cited above.

Now, the government could engage in a game of legal twister and argue that the pandemic is a "type" of war waged against the population, but this is not prima facie, in accordance with the intentions of the drafters of the constitution, a basis of argument given to suppress legal challenges mentioned above.

I would posit that there is a legitimate argument to be made to invoked powers under the constitution to invalidate the emergency powers Act given it is prime facie (on its face), repugnant to the provisions of the Constitution as it operates outside the war like parameters it was intended to serve and that in enacting such legislation the government has not act in good faith.

The ancient greek philospher, Thrasymachus , defined justice as 'the advantage of the stronger', or in other words,  that justice is only what the powerful intend it to be. We have a constitution precisely to protect its citizens from tyrannical government. While an emergency may be occuring, the greater perils lay not with COVID19 but the war waged against the citizenry by its own unelected provisional government who have a history of treachery.