A law passed in France bans the preaching of the extreme Islamist ideology of the Muslim Brotherhood.

Sign the petition to stop the Islamisation of Croke Park!
https://www.irishpatriots.com/stop_eid_celebration_at_croker

Lawmakers in France last week recommended that there should be a preaching ban on clerics affiliated to the Muslim Brotherhood, as one of 44 propositions used in order to counter extremist Islamist radicalization in the European country.

“I believe that the most important thing is to control those who convey a hate speech, from outside or within the country, such as separatists, racists, anti-Semites. This speech is contrary to the values of the French Republic,” French Senator Nathalie Goulet told Arab News.

“The fight against Islamization accepts no tolerance in fighting against the enemies of the Republic and particularly the Muslim Brotherhood movement,” she added.

The report’s 44 propositions relate to economic, education, social and cultural issues, according to French daily Le Figaro. It uncovers a truth long hidden in France and one that has been warned against by several countries in the Arab world.

“It is the nature of Islam to dominate, not to be dominated, to impose its law on all nations, and to extend its power to the entire planet.”

Those words were among the many ominous points outlined on a document titled “The Project” that was discovered by Swiss authorities as they raided prominent Muslim Brotherhood member and terror financier Youssef Nada’s apartment in November 2001.

While they may have been brushed off among everyday Europeans as those of a radical madman, carrying no significant weight, they ring true for many who believe in the Muslim Brotherhood’s extremist ideology. 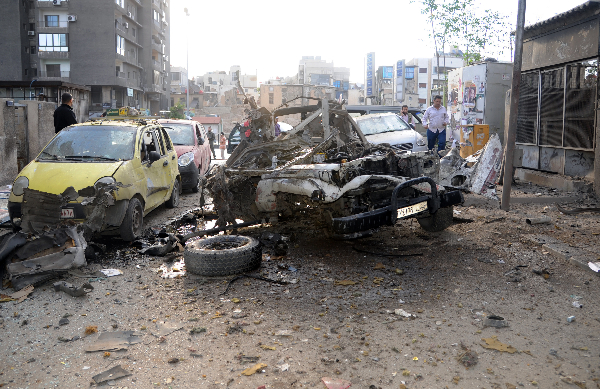 While the group’s views and ties to terrorism are well-known in the Arab region, the Brotherhood took advantage of its unknown and low-lying presence in Europe. Hundreds of exiled members sought safe haven there during the 1950s and 1960s following Egyptian President Gamal Abdel Nasser’s nation-wide purge of the group’s loyalists after their failed attempts to assassinate him.

“An extremely adaptive movement, the Brotherhood has understood that its goals for the Arab world — establishing Islamic regimes which they would lead — is not a realistic aspiration in Europe, at least for the time being,” Dr. Lorenzo Vidino, director of the Program on Extremism at George Washington University, told Arab News.

The group’s slogan definitively sums up what its fundamental worldwide goal is: “Islam is the solution, the Qur’an is our constitution, Allah is our objective. The Prophet is our leader. Jihad is our way. Dying in the way of Allah is our highest hope.”

This, as the group’s notorious spiritual guide Sayyid Qutb described, can only happen through the ultimate jihad — a religiously justified expedition to rid the world of the tyrannical, the ignorant and the falsely worshipped.

According to the 9/11 commission report published in 2004: “No middle ground exists in what Qutb conceived as a struggle between God and Satan. All Muslims — as he defined them — therefore must take up arms in this fight. Any Muslim who rejects his ideas is just one more nonbeliever worthy of destruction.”

This extremist ideology went on to inspire terrorist organizations such as Al-Qaeda, with its current leader Ayman Al-Zawahiri being an ardent follower and student of Qutb.

In order for it to achieve its ultimate takeover, Vidino said, the group has three main goals within Europe: To spread its political and religious world views to European Muslim communities, to be designated as official or de facto representatives of Muslim communities in each European country, and to influence European public opinion and policymaking on all issues in an Islamist-friendly direction.

“They seek to do so through an incessant dawa (religious call) which is facilitated by the fact that they can rely on ample resources (and, consequently, a network of mosques, educational activities, publications), more than any competing Islamic trend,” said Vidino, who is also author of the book “The New Muslim Brotherhood in the West.”

He continued: “The Brotherhood aims at being entrusted by European governments with administering all aspects of Muslim life in each country. This position would also allow them to be the de facto official Muslim voice in public debates and in the media, overshadowing competing forces.”

And one needn’t go far in order to prove that this is their ulterior motive. Exiled Egyptian cleric Yusuf Al-Qaradawi, the Muslim Brotherhood’s ideologue profiled by Arab News in its “Preachers of Hate” series, openly stated on a Qatar TV talk show in 2007: “Islam will conquer Europe without resorting to the sword or fighting.

“Europe is miserable with materialism, with the philosophy of promiscuity, and with the immoral considerations that rule the world — considerations of self-interest and self-indulgence,” he said, adding: “It is high time (Europe) woke up and found a way out from this, and it will not find a lifesaver or a lifeboat other than Islam.”

Founded by Egyptian schoolteacher Hassan Al-Banna in Ismailia in 1928 as a movement to oust British colonial rule and create an Islamic state dictated by Sharia Law, the Muslim Brotherhood has since shifted from attempting to achieve its goal through violence and terrorist attacks throughout Egypt and the Arab world to masking its intentions through democratic and lawful means. 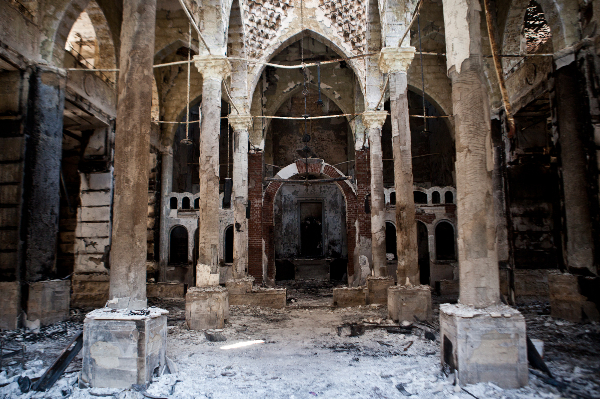 Saudi Arabia, the UAE, Bahrain, Egypt and Russia have slapped the group with terrorist designations, and while US President Donald Trump mulled doing the same, neither the US nor any of European countries have done so — although the EU and US have labeled its Palestinian military wing, Hamas, a terrorist group.

Europe, and most notably France and Germany, have harbored large Muslim communities throughout the years. While most members of these communities might have no ill intentions towards their host nations, dangerous and radical ideology bubbles under the surface, especially among younger people.

“Violent radicalization arises out of the particular challenges faced by an increasingly Westernized generation of young Muslims in Europe, who attempt to carve out an identity for themselves,” wrote Anja Dalgaard-Nielsen, director of the Institute for Strategy at the Royal Danish Defence College, in a paper titled “Violent Radicalization in Europe: What We Know and What We Do Not Know.”

She added: “The overall conditions of modernity and life in Western democracies — individualization and value relativism — prompt a search for identity, meaning, and community for a number of individuals.”

The answers these young people look for, as Vidino pointed out, are found in the mosques and youth clubs the Muslim Brotherhood set up through the years since its members arrived in Europe.

“Since (the 1950s) and up to now, members of the Brotherhood have been able to obtain asylum and citizenship, set up mosques and institutions, disseminate their propaganda, collect funds, recruit new members, and even be seen as moderate partners of European establishments, their institutions often being seen as moderate interlocutors,” he said.

These institutions are many and wide-spread across the UK, France, Germany and other European countries.

The Dublin-based European Council for Fatwa and Research is one of them. Founded in 1997 by Al-Qaradawi, the council has stirred great controversy since then. Its most recent scandal came after it developed the Euro Fatwa app that has been dubbed “a tool for radicalization” by German authorities.

According to local media, the app’s introduction included statements from Al-Qaradawi saying: “Muslims became a disgrace to Islam and have acted similarly to the Jews who decreed it was correct to steal.”

“If we want to limit the influence of this tendency of Islam, incompatible with our republican rules, we must take more concrete measures.” 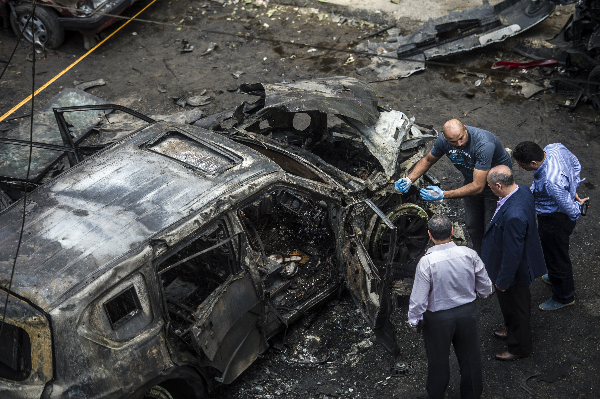 “If we want to limit the influence of this tendency of Islam, incompatible with our republican rules, we must take more concrete measures,” Senator Goulet said, adding that “we must also be very vigilant towards foreign funding of French associations.”

This freedom to operate under the guise of promoting Islam within the confines of the law in Europe poses a challenge to many agencies and policy makers in the continent who are aware of the dangers the group’s soft power poses in the long term, especially within Muslim youth communities.

“Some countries, or at least some agencies and policymakers within some countries, do see the Brotherhood as problematic, and some actions have been taken against the group,” Vidino said. These measures include shutting down its entities, stripping members of visas and seizing its funds.

“The security services of Germany, for example, have repeatedly stated that the threat posed by ‘legalistic Islamists’ (Islamist groups that operate within the boundaries of the law) is much greater in the long term than that of jihadism.”

“In this spirit, the report targets the Muslim brotherhood and its leader Sheikh Qaradawi,” Senator Goulet said. “I cannot say it enough: It is up to religions to adapt to the Republic and not the other way around.”